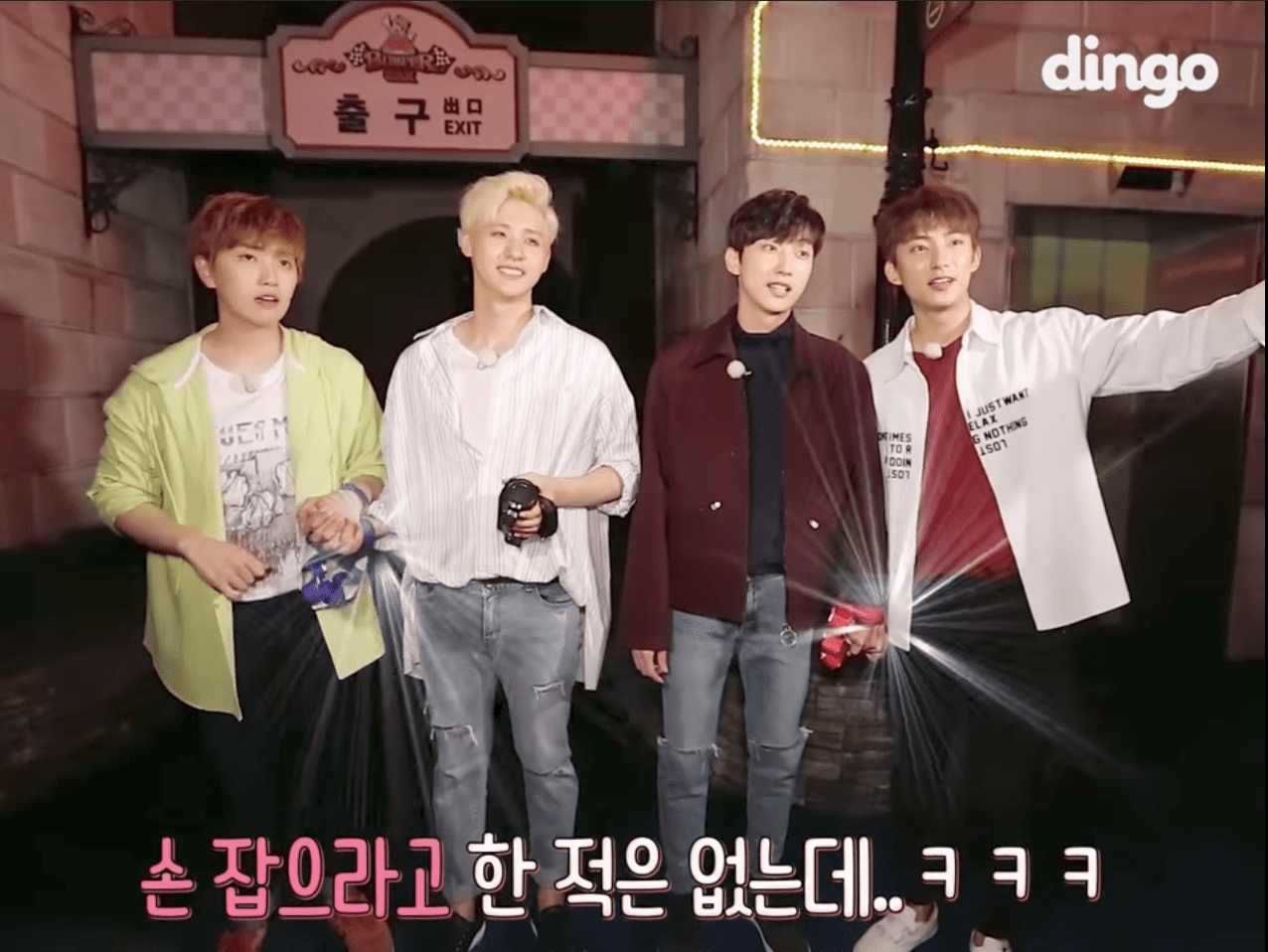 Watch: B1A4 Tests Their Courage As They Go On Horror Theme Park Rides

In a video for Dingo, the boys of B1A4 tackle Horror Halloween at Lotte World!

They start out easy on the Viking ship ride, which youngest member Gongchan enjoyed. On the other hand, the older members, CNU, Sandeul, and Jinyoung (Baro was not present), looked like they were having a rough time.

Jinyoung and Gongchan, holding hands, go to the haunted house, where they’re chased by zombies as they film in night vision. CNU and Sandeul team up, also holding hands, but have about as much success conquering their fear as the other group.

B1A4 then go on a roller coaster where zombies crowd around them at every opportunity, scaring the living daylights out of the boys. The production staff also attempted to interview B1A4 while they’re on the coaster to hilarious results.

Meanwhile, B1A4 is slated to make their comeback on September 25.