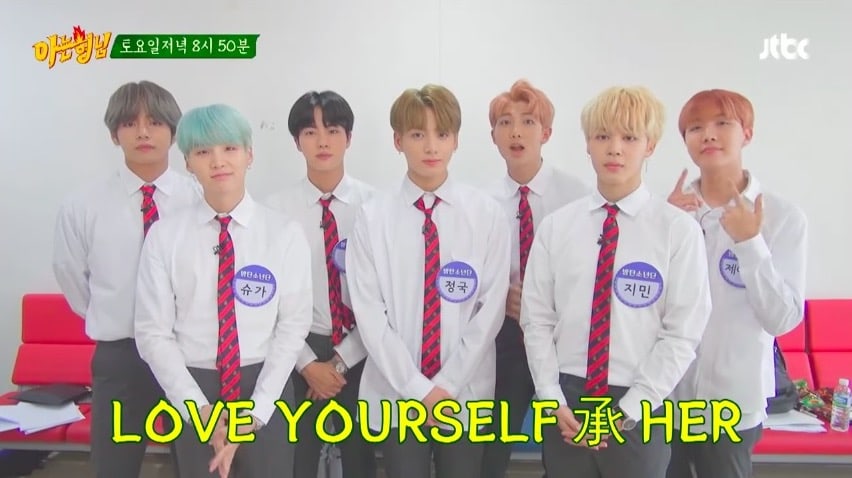 Watch: BTS Takes Fans Backstage At “Ask Us Anything”

“Ask Us Anything” has shared a glimpse of BTS backstage ahead of their upcoming guest episode!

Leader Rap Monster was in charge of interviewing the guys in their dressing room in a newly released special video, as BTS hung out in the show’s school uniforms and got ready for filming.

Rap Monster asked V to choose between pairs of “Ask Us Anything” cast members to determine his favorite, and V chose Min Kyung Hoon all six times. Rap Monster was surprised and asked him why, and V explained that he’s a fan of Min Kyung Hoon’s band Buzz.

Jimin said he was most looking forward to seeing Kang Ho Dong, and added, “I’ve always really liked him. He looks a lot like my dad.”

However, the younger members soon caught on to how fun it was to get to use it at the older members!

Check out the special video below.

BTS
Knowing Bros
How does this article make you feel?