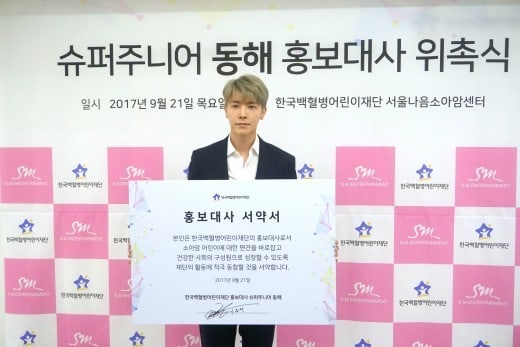 Super Junior member Donghae has been chosen to be an honorary ambassador for the Korea Childhood Leukemia Foundation.

On September 21, Donghae was appointed as an honorary ambassador for the foundation at a ceremony, and also took part in a birthday party for pediatric cancer patients at the Seoul National University Children’s Hospital.

Donghae said, “I will help to spread awareness about childhood cancer and the hardships that patients’ families go through.”

In the future, Donghae will take part in photo shoots for posters to raise awareness about childhood cancer, make visits on holidays, and more as part of his role as an honorary ambassador. 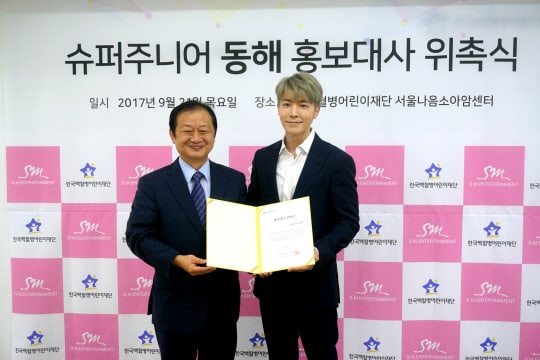