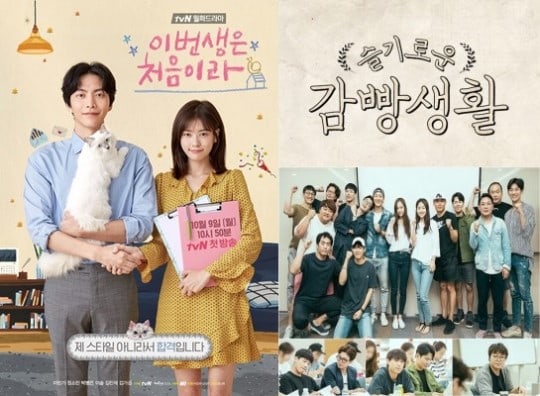 tvN is about to shake up the drama competition and establish itself as a prime contender.

On September 22, OSEN released an exclusive report revealing that tvN will be changing the broadcasting time for their Monday-Tuesday and Wednesday-Thursday dramas after the Chuseok holiday in October. Currently, tvN is airing their weekday dramas at 10:50 p.m. KST. This means the new timeslot bumps them up 70 minutes and will air the dramas at 9:30 p.m. KST instead.

Public broadcasting stations KBS, SBS, and MBC air their weekday dramas at 10 p.m. KST which means there will be a 30-minute overlap with tvN’s dramas. It appears as though tvN decided on the switch because they are confident that they can still do well despite facing competition due to the overlap.

Following tvN’s currently airing Monday-Tuesday drama “Argon,” tvN will broadcast Jung So Min and Lee Min Ki‘s upcoming drama “Because This Is My First Life.” As for its Wednesday-Thursday lineup, “Criminal Minds” will be followed by “Avengers Social Club” after which “Wise Prison Life” will air. “Because This Is My First Life” will be the first tvN drama to air at 9:30 p.m. KST.

tvN has established a name for itself with quality popular dramas like “Misaeng (Incomplete Life),” “Reply 1988,” “Another Oh Hae Young,” “Signal,” “Goblin,” and more.

tvN
How does this article make you feel?