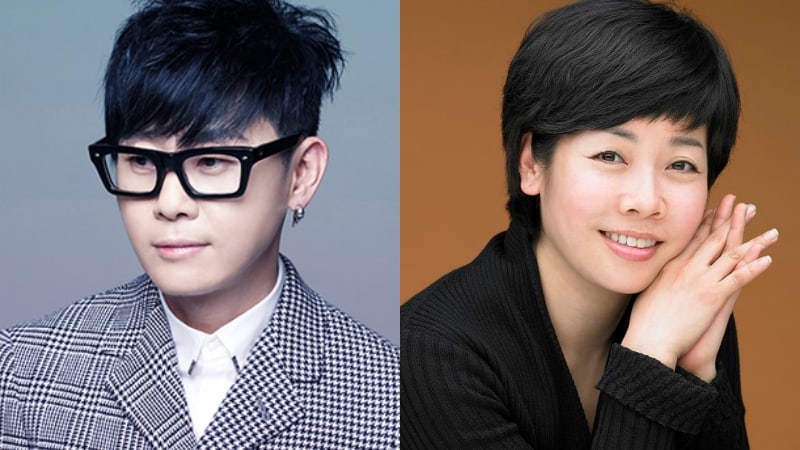 It was previously revealed on September 12 that 82 people were named in former president Lee Myung Bak’s “cultural blacklist.” Lee Seung Hwan expressed his distaste towards the ordeal by uploading links of articles that discuss the “cultural blacklist” issue.

He posted, “The Lee Myung Bak bank is falling apart. Lee Myung Bak took my money. He took my 200 trillion won [approximately $176 billion].” The links that he attached in his Facebook posts were about the list. He expressed his frustration at not being included in this list by saying, “Let me into the club!”

Additionally, Kim Mi Hwa attended the victim investigation conducted by the prosecutor’s office. She was identified as a “left-leaning celebrity,” which consequently added her to the blacklist. Kim Mi Hwa commented, “I will faithfully reveal everything that I went through for nine years in order to uncover every aspect of this case. I lamented at home, thinking about this issue. Not only for my colleagues but also for my juniors in the industry, I thought I needed to stand here today.”

She continued, “The fact that former president Lee Myung Bak strides down the street in broad daylight with no shame is unbelievable. As the young adults say it, ‘Is this really reality?’ If a country’s president acts like this, then how could the citizens possibly trust [the government]?”

Lastly, Kim Mi Hwa also revealed her sentiments in regards to the investigation itself. She said, “At the time [of the blacklist], I had trauma about standing up in situations like this, but I feel a lot of responsibility, and will cooperate fully with the investigation.”

Meanwhile, Lee Myung Bak was the president of South Korea from 2008 to 2013. During Lee Myung Bak’s presidency from 2008 to 2013, he reportedly created a task force within the National Intelligence Service (NIS) that complied a “cultural blacklist” of people in the arts who were publicly critical of the government.

Lee Seung Hwan
Kim Mi Hwa
How does this article make you feel?