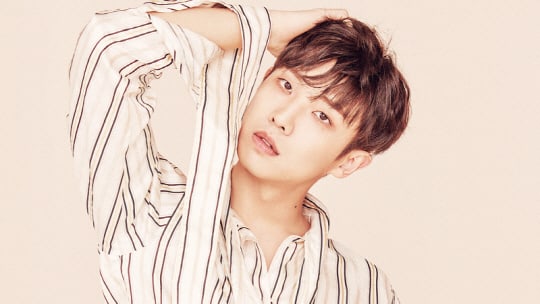 Lee Joon Shares Thoughts On Friendship Between Men And Women

Lee Joon recently sat down for a “tipsy interview” where he shared his sentiments about concluding his latest drama and more!

Every “tipsy interview” starts with the question, “What is your alcohol tolerance level?” When asked this, Lee Joon said, “I don’t really drink a lot. I wasn’t like this in the past, but whenever I drink nowadays, my back aches. I’m like this when I drink coffee too.” Because he doesn’t like drinking often, he revealed that he only goes out to drink with his friends about three times a year.

Lee Joon then continued by talking about his latest project, “Father is Strange.” He was asked, “Why did you choose to star in a weekend drama? Obviously this question is biased, but as a trendy actor, it was a bit of a surprise that you chose a weekend drama.” To this, he answered, I wanted to try various things and thought that I should not be picky about those new challenges. So, I’ve done dramas with all broadcasting stations besides JTBC. I’ve also done everything from one-episode dramas to 50-episode dramas.”

Lastly, Lee Joon was asked whether it was possible for females and males to be first friends and then evolve into lovers like in the drama. He said, “I [studied dance] and maybe it’s because the circumstances that I grew up in were different from many, but I think females and males can be friends.”

“Performing arts high schools are basically all-girls high schools,” he explained. “The ratio is basically for every 50 female students, there’s two male students. While attending school, there were only girls around me, so I think it’s definitely possible. Those friends are my best friends, but I don’t see them as females. If you know the other person too much, there’s no way it can evolve into a romantic relationship.”

Meanwhile, Lee Joon held a fan meeting in Mexico recently, and will enlist in the army to fulfill his mandatory service in October.