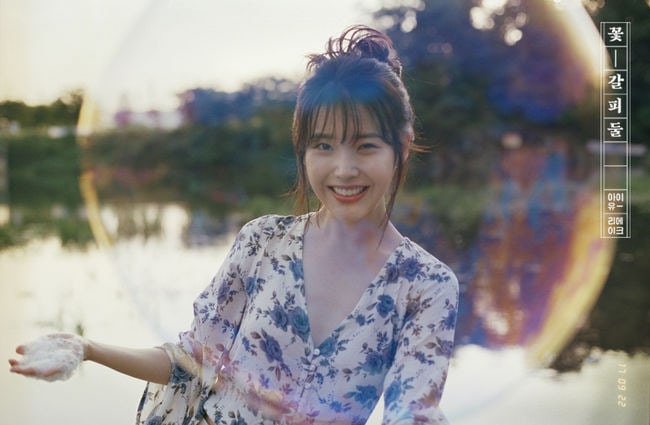 IU is once again reigning over the digital charts!

The singer-songwriter’s new remake album “Flower Bookmark 2” was released on September 22. Prior to the album’s release, IU had shared one of her songs entitled “Autumn Morning” (originally by Yang Hee Eun) on September 18, which grabbed a perfect all-kill on the charts.

Before the whole album was released at 6 p.m. KST on September 22, “Autumn Morning” remained at No. 1 on almost every single major Korean digital chart. 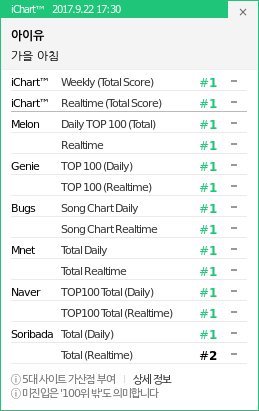 Once her album came out, its other five tracks also began their quick rise to the top of the charts, with her title track “Sleepless Rainy Night” (originally by Kim Gun Mo) grabbing the No. 1 spots on the realtime charts of Genie and Bugs right after its release.

Her other songs are also ranking high on the realtime charts, with many charts featuring all six tracks in the top six spots. 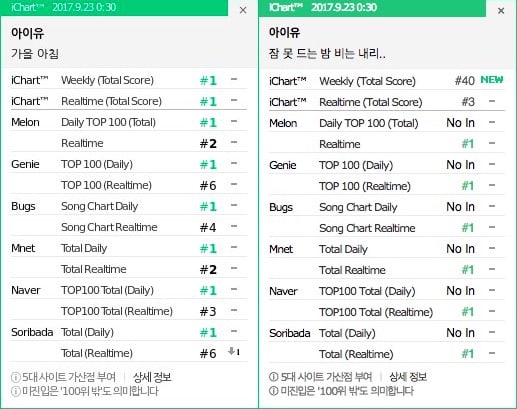 Congratulations on yet another successful album, IU!