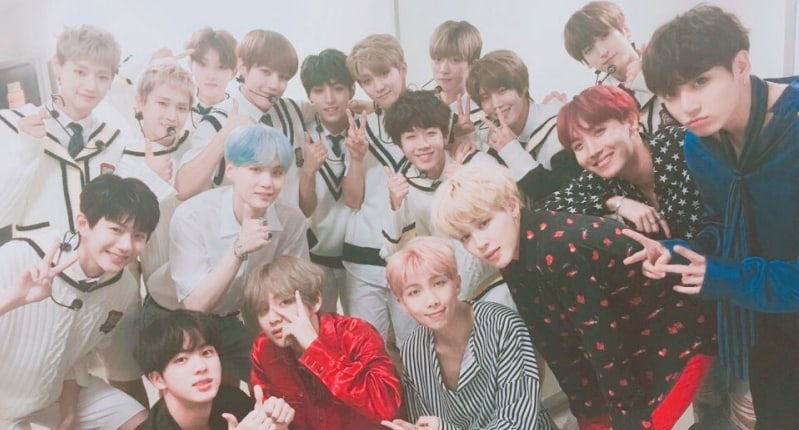 On September 22, Golden Child’s official Twitter account uploaded a photo of the group with their seniors BTS backstage from the September 22 episode of KBS’s “Music Bank.”

The photo showcases the 11 Golden Child members and seven BTS members. Along with the photo, a caption read, “We sincerely congratulate the BTS seniors, who we respect, on their 5th mini album comeback. The DNA in our Golden blood told us that BTS [comeback] will be a success!” They also added through a hashtag, “Golden Child could not stop being nervous after meeting and taking the photo with their seniors.”

Golden Child is currently promoting their debut track “DamDaDi,” while BTS is having a successful comeback, reaching over 40 million views on their “DNA” MV, setting album sales records, and airing a comeback show.

Thanks to Bianca for the tip!

BTS
Golden Child
How does this article make you feel?