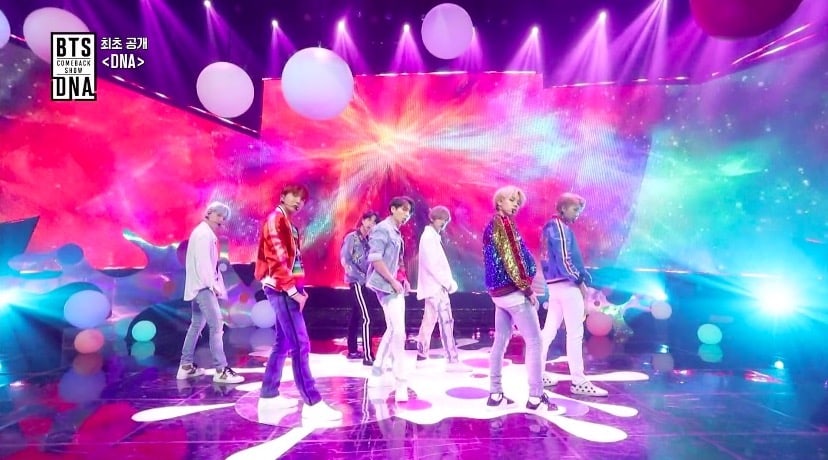 Watch: 7 Of The Best Moments From BTS’s Amazing Comeback Show

With so many fun segments, epic performances, and exclusive glimpses at the lives and personalities of BTS, it would be impossible to list all the great things that happened during the “BTS Comeback Show.” Here are just seven of the best moments, with plenty more awaiting you in the full show that you can watch below.

1. BTS Goes Back To Their Beginnings With “No More Dream” Performance

In addition to showcasing their new songs for the first time, BTS thrilled fans during the show by performing two of their landmark tracks: their debut song “No More Dream” and the 2015 track “I Need U” which earned them their first music show win.

Before they took the stage with “No More Dream,” they shared stories of how they became members of BTS, complete with hilarious reenactments of auditions and some insightful tales about their lives before their debut. They also got into character and pretended to be nervously gearing up for their debut performance! 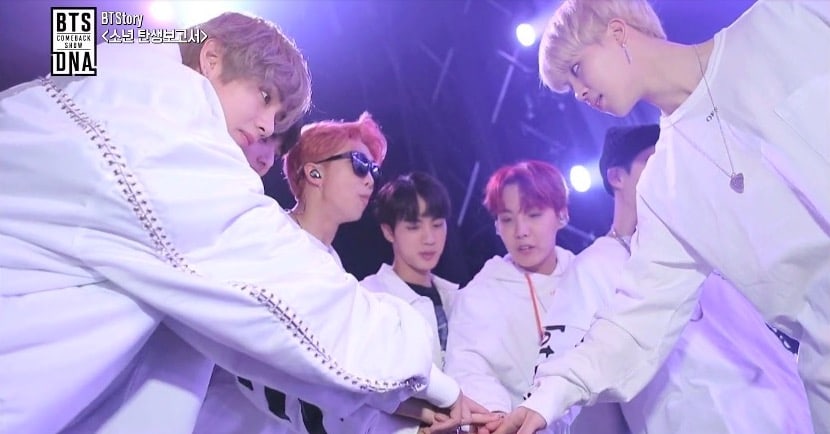 Check out their performance of “No More Dream” below, and watch the full show to see them perform “I Need U.”

2. V Revealing The Contents Of His Closet

To fit with the title of their new track “DNA,” BTS shared some insights into the members’ personalities during special segments of the comeback show.

With Jungkook behind the camera, V showed off his fashionista side in his part as he revealed his clothes collection! One of the funniest moments was when Jungkook complimented V on the silk pajama set he had on, and V surprised him by insisting they weren’t just pajamas since he wears them outside as well. 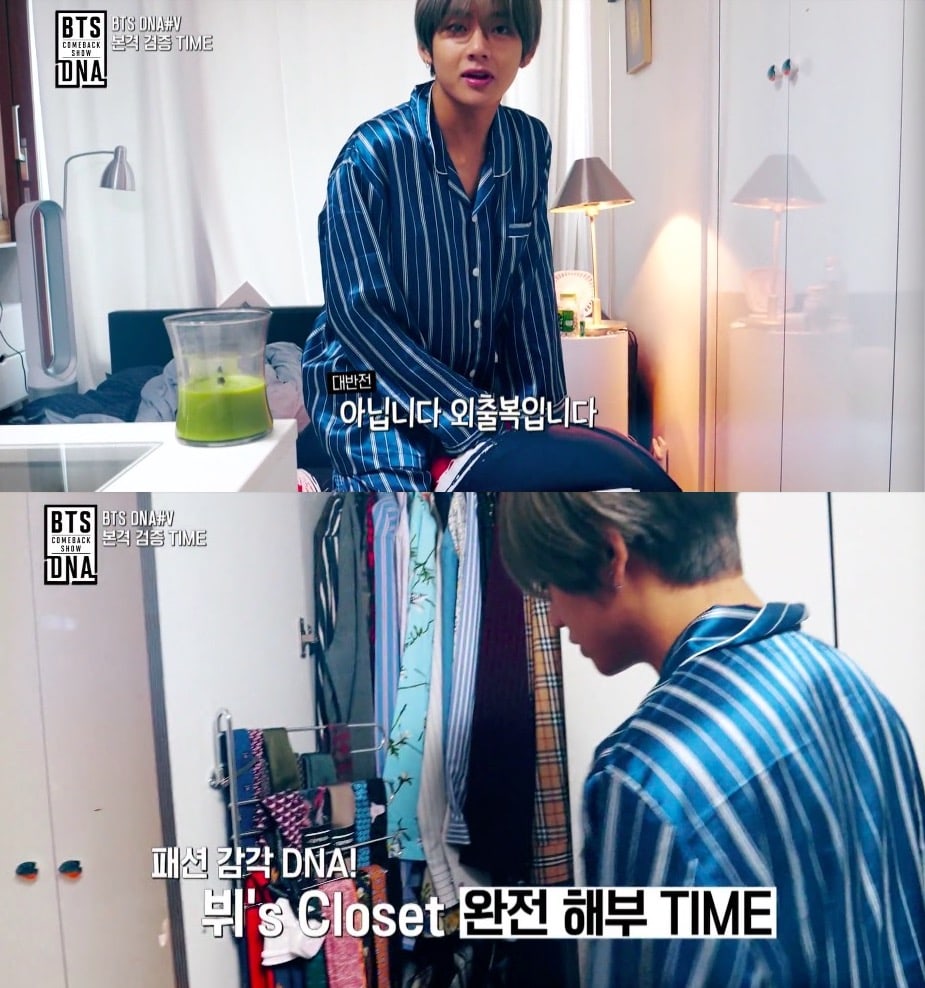 3. Jin Showing Off His New Pets

During the “DNA” segment, Jungkook and Jimin visited Jin to check out his pets: two sugar gliders! Jin talked about how they make really unique noises, and showed how he feeds them plain yogurt, as Jimin and Jungkook watched in amazement.

Jin admitted, “I was worried about showing them in case any young viewers might think they would be easy to raise as pets.” He wisely recommended that everyone think carefully and make sure they can take on the responsibility before deciding to raise sugar gliders. 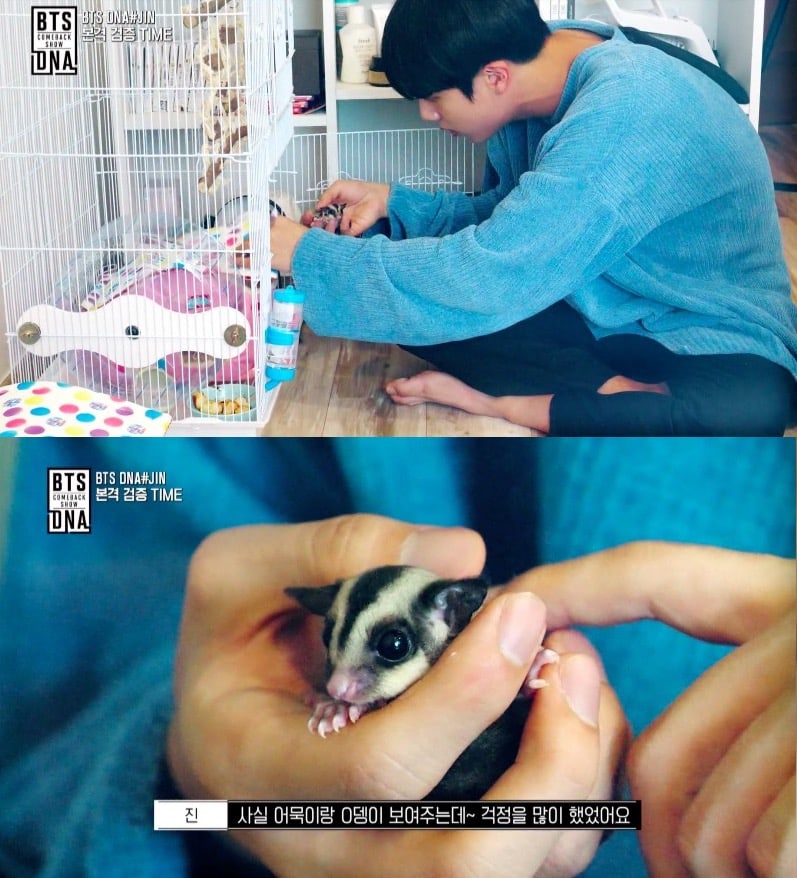 4. J-Hope Sharing A Possible Preview Of His Mixtape

In addition to getting to see the guys at home, we also saw them at work in their studios, with each of the rap line members showing fans what their studios look like.

One of the best moments from these glimpses at their studios was when Jungkook visited J-Hope in his studio (known as Hope World) and he played a clip of what he said may become the outro to his mixtape! 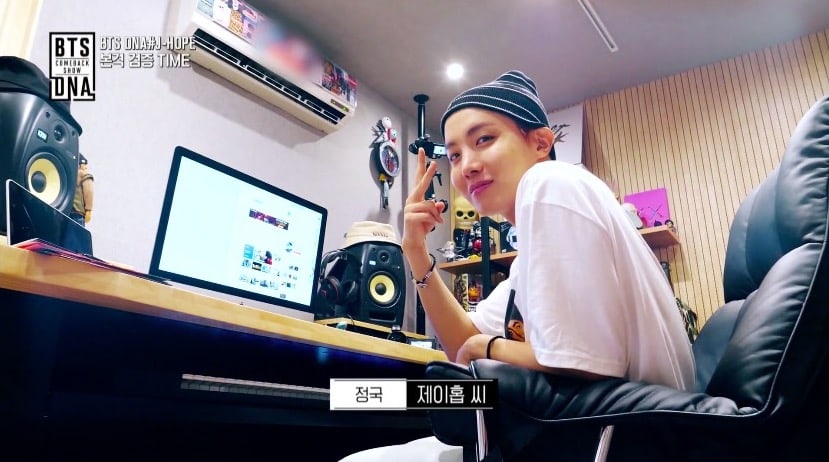 Before the guys took to the stage with an epic performance of “MIC Drop” off their new mini album, Rap Monster talked about how the song had been inspired by the famous “mic drop” of former United States president Barack Obama. He also explained that the track is like saying goodbye to emotions and anger over things that have happened in the past.

The members’ fun performance of their new song “Go Go” was packed full of great meme-worthy moments all on its own. The guys seemed to have a great time as they showed off both their goofy sides and their always impressive stage charisma!

7. The First Performance Of “DNA” We’d All Been Waiting For

The “BTS Comeback Show” of course wouldn’t have been complete without the guys performing their new hit title track for the first time! Watch them own the stage with “DNA.”

Be sure to watch the full show below for more great moments!

BTS
BTS Comeback Show
How does this article make you feel?