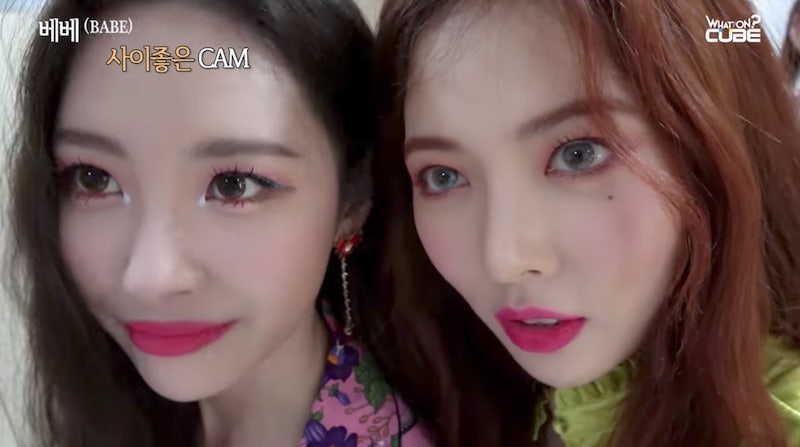 In the video, HyunA hangs out with Sunmi in her dressing room. HyunA personally takes the camera to film Sunmi and comments how pretty she is. Sunmi returns the favor by saying the popular “Save you in my heart” line from “Produce 101 Season 2.” HyunA then says, “I don’t do ‘Save you in my heart'” and shows her own unique, cute side instead.

The two singers also discuss which side of their faces look better, commenting on how different the left side of the face looks in comparison to the right. HyunA asks Sunmi, “How was promoting on music programs?” Sunmi directs the same question to HyunA, who responds, “It was so hard!”

Side by side, the two talk about each other’s makeup and contact lenses as well. HyunA adds that she likes it when Sunmi comes over her house because she takes really good photos of her.

Watch Sunmi and HyunA hanging out!

HyunA
Sunmi
How does this article make you feel?