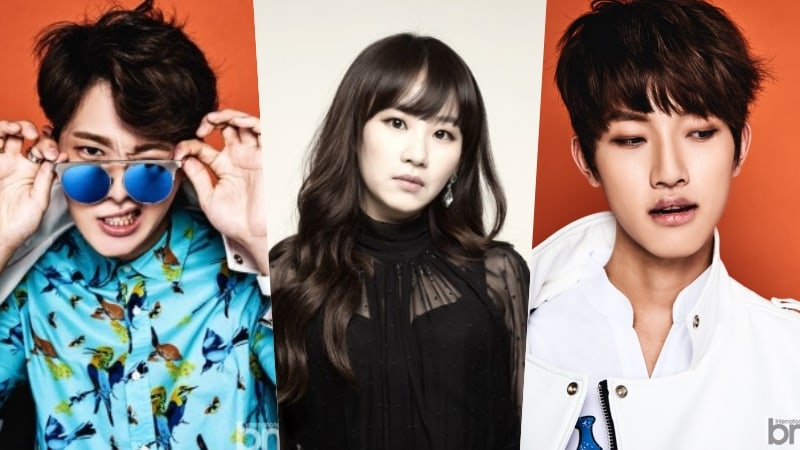 According to music industry sources, A-JAX’s Seungjin and Junghee are in talks to join KBS’s “The Unit,” which is a program that will give already debuted idols a chance to show off their talent and potential as they compete to re-debut in a unit.

A-JAX debuted under DSP media in 2012, and received a lot of attention at the time as the next SECHSKIES or next SS501.

Urban Zakapa’s Jo Hyun Ah is also reportedly in talks to join the show as a mentor. A source from Make Us Entertainment stated, “[She] has received a casting offer and is currently reviewing it.” Other artists currently in talks to mentor on the show are Hwang Chi Yeol, HyunA, and Sunmi. Rain has already been confirmed as a mentor.

Actor Han Jae Suk has confirmed that he will be joining “The Unit” as well. Han Jae Suk debuted as a part of the cast of tvN’s “SNL Korea 5” in 2014 and continued with the show until season 7. Afterwards, he appeared in “Always Spring” and “Introverted Boss.” He is currently appearing in MBC’s weekend drama “Bad Thief, Good Thief.” Han Jae Suk previously was an idol trainee for two years.

There are reportedly more than 90 entertainment agencies participating in the show, and “The Unit” has confirmed a partial list of these agencies. The first open filming will take place on September 29, 30, and October 1.