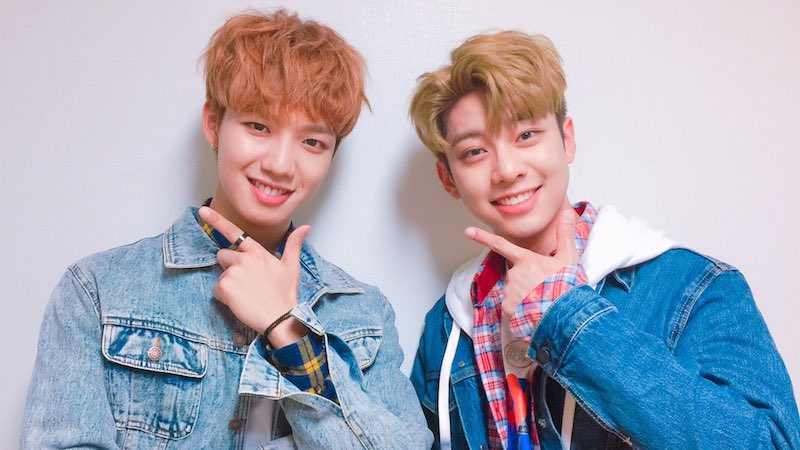 On September 22, MXM performed at Brand New Music’s Brand New World concert held at Jangchung Arena. The concert lineup was filled with some of the most talented hip hop and R&B artists in the country, including Verbal Jint, San E, Hanhae, Eluphant, Yang Da Il, Sanchez, DJ Juice, and MXM.

MXM, which consists of former Mnet’s “Produce 101 Season 2” contestants Lim Young Min and Kim Dong Hyun, have gained a considerable fanbase since the show. As soon as the two stepped on stage, they were met with explosive reception as the 3,000 person audience started cheering.

The duo commented on being able to perform together with the other artists for the first time, as they previously would watch in the audience as trainees. Lim Young Min opened up and said, “It’s an honor to be able to stand with our seniors on this stage. Last year, I stood on stage as a backup dancer. I’m so happy that we are able to stand as Lim Young Min and Kim Dong Hyun on this stage.” The two performed their songs “Good Day,” “Being Objective,” and “I’m the One.”

Other artists complimented the duo on their skills as well, and before their performance, Sanchez jokingly commented, “We were just warming up the concert atmosphere for MXM.”