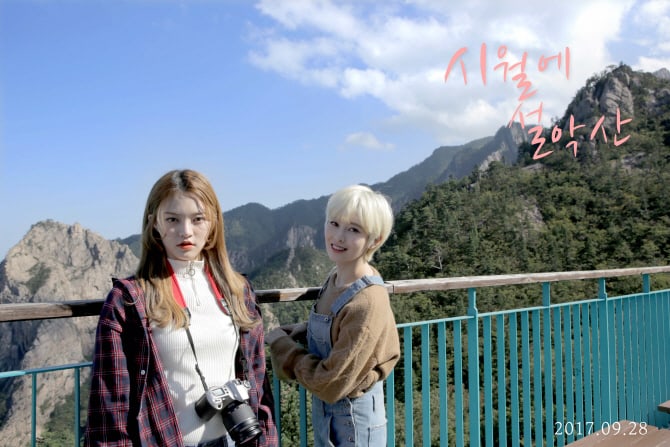 DIA’s Yebin and Somyi will be releasing a duet single that is perfect for the upcoming fall season.

The song that will be released on September 28 is called “Seoraksan in October.” In the revealed photo, the girls are looking at the camera with the Seorak Mountain in the background. The track is about the beauty of the mountain in the fall when the leaves change colors. The lyrics express the wish to take off on a journey in October, and the song will include their emotions of having to temporarily leave the team.

Meanwhile, Yebin and Somyi will be joining the idol rebooting program “The Unit” that begins airing on October 28.

DIA
Yebin
Somyi
How does this article make you feel?