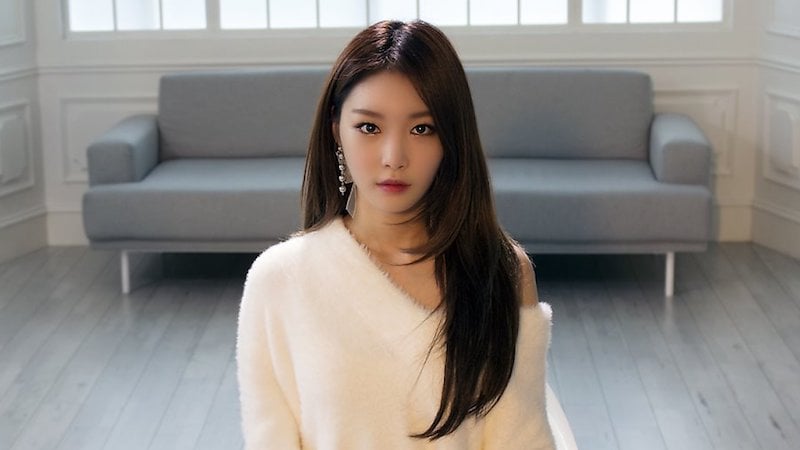 Kim Chungha, who became well-known after appearing on Mnet’s “Produce 101” and making it into the final cut as a member of I.O.I, is now a confident solo artist.

In a recent interview, Kim Chungha talked about how people have more expectations about her because she appeared on a survival show. She explained, “Of course I feel burdened [by the expectations.] However, I think the answer is to work hard. I’m very grateful for all the attention, but it’s reality that I’ll be forgotten if I don’t meet [my fans’] expectations. I will continue to better my strengths and always show improvement.”

Many people still remember Kim Chungha as a participant of “Produce 101.” When asked how she changed after the show, she shared, “I think I have more responsibilities. I grew as a person, and I think I have more thoughts now.” She added that if she were to participate again, she doesn’t think she would be able to participate with a pure heart. Back then, she had entered the show just to purely test herself.

Despite the fierce competition on “Produce 101,” Kim Chungha admitted she learned a lot from the show. One of the things she learned is that overall completion is more important than being greedy for oneself. She continued, “On stage, everyone is working to become professionals, so we must do our best to get rid of the weaknesses and bring out the strengths.” She also mentioned that more than anything, she gained precious friendships from the show.

Lastly, Kim Chungha was asked what her “big picture” was for her future, and she responded, “I want to grow so that when people think about what solo artists there are in South Korea, they will think of me.”

Meanwhile, Kim Chungha will be joining Han Chae Young and Leeteuk as MCs of a beauty variety show in late October.