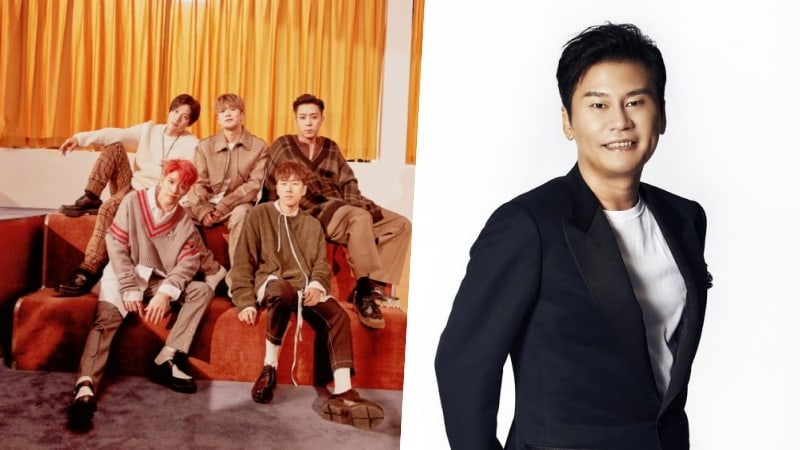 On September 21, SECHSKIES broadcasted their special live event ‘ANOTHER LIGHT.’

As they had their album release just around the corner, the members spent time delivering thanks to people they’re grateful for. Jang Soo Won said he was grateful for all staff at YG, while Lee Jae Jin replied that he wanted to say thank you to his parents who had passed away. Kim Jae Duk also said he was thankful for his fans, the members, and the agency staff.

Kang Sung Hoon continued, “I’m grateful for myself. I was physically exhausted, but the members’ energy encouraged me a lot. The basis for my strength, of course, is our fans.”

Team leader Eun Ji Won chose Yang Hyun Suk as a person he’s grateful for. “So many people helped us fill out the album with great tracks as it’s our full-length studio album,” he said. “Our mentor Yang Hyun Suk examined the songs one by one more thoroughly than ever and monitored them. It was like we were releasing an album together.”

SECHSKIES released their fifth album “ANOTHER LIGHT” later on the same day with double title tracks “Smile” and “Something Special.”

SECHSKIES
Yang Hyun Suk
How does this article make you feel?