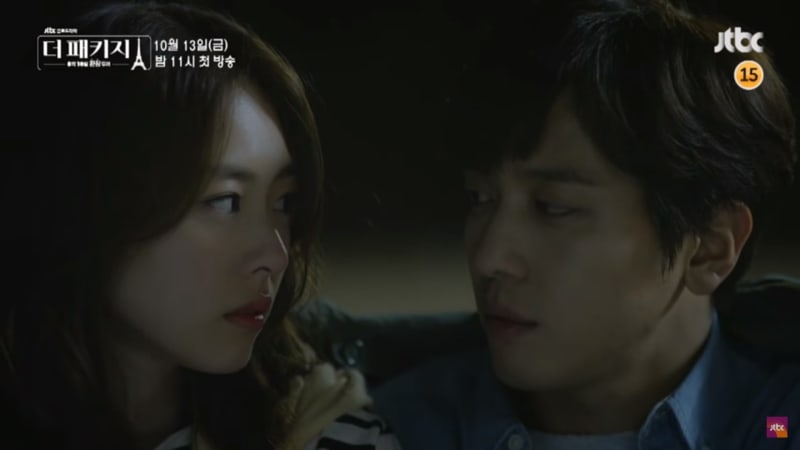 JTBC has released another teaser for its drama “The Package,” starring CNBLUE member Jung Yong Hwa and Lee Yeon Hee.

This teaser’s title is “Destined to Meet the Eternal Love at the Foot of an Angel.” Like the first two teasers that were released earlier, this video also takes place in beautiful France.

Lee Yeon Hee is then seen walking down the steps in the abbey. When she sees Jung Yong Hwa at the end of the steps, she breaks into a smile. The voice-over says, “It must be destiny. You meet your eternal love at the foot of the angel.” A flash of a tarot card is caught on screen.

As Jung Yong Hwa hands Lee Yeon Hee a bottle of wine, the voice-over continues, “This person will open the way to the angel’s feet.” With the romantic music on the background, the couple walks up the steps of Mont Saint-Michel abbey.

They are then seen walking along the beaches along the island barefooted with the sky high over them. The last cut of the video shows the beautiful sight of Seine.

“The Package” is a drama telling the love story of a man and a woman who set out on a journey for different reasons, but keep on running into each other. They start out as unfamiliar acquaintances, but travel together for eight nights and ten days.

CNBLUE
Jung Yong Hwa
Lee Yeon Hee
The Package
How does this article make you feel?