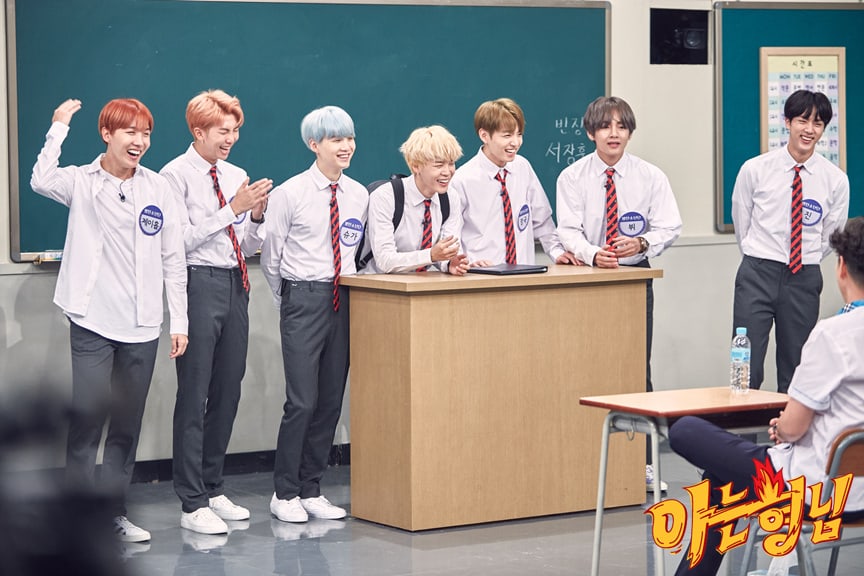 Can you guess which of these nicknames belong to which member of BTS? That was the task given to the cast of JTBC’s “Ask Us Anything” during BTS’s appearance on the show.

One by one, BTS put out a nickname to be matched to a member, and then explained how they got the title. “God of Destruction” belonged to Rap Monster, who earned the nickname because he ends up accidentally breaking a lot of things. He said, “I’ve broken a lot of stage equipment. I once bought these new sunglasses and broke them while trying to put them on. I’ve broken the other members’ speakers, and I’ve even broken a bed leg before.” 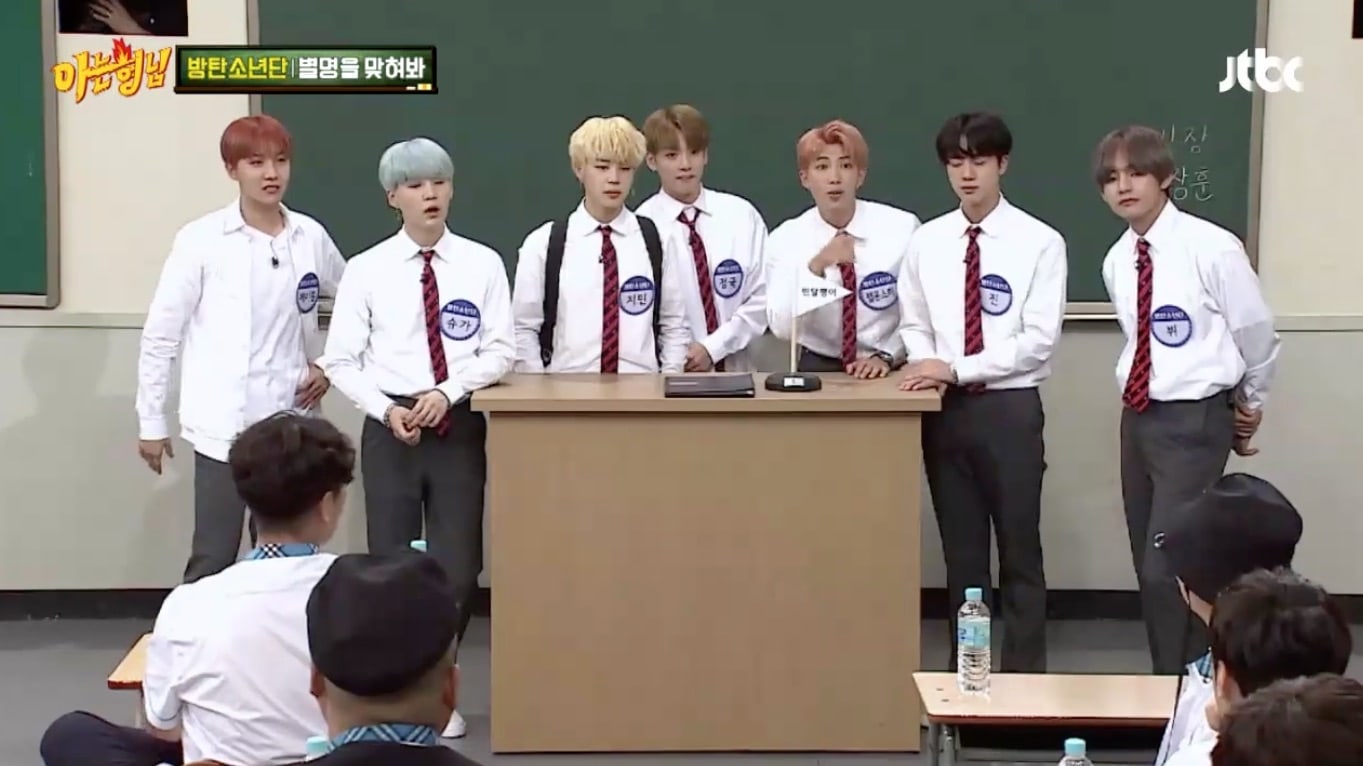 Meanwhile, V said that fans called him “CGV” [also the name of a cinema franchise] because they say he has facial features that are so perfect that they look like they were made with computer graphics (CG). J-Hope said that his nickname “J-Horse” came because he has a horse-like face, while Suga explained that “Slug” [pronounced Mindalpaengi in Korean] comes from the fact that his surname is Min and that he’s known for being very slow with his actions.

Jungkook was behind the “Jeon Seagull” moniker, which combined his surname Jeon and seagull, the bird that represents his hometown Busan. “Manggaetteok” belonged to Jimin and he explained that during their early debut days, he had a lot of fat on his cheeks so fans gave him the nickname because they said he looked like a manggaetteok. Jin was the member behind the “Ahjae” nickname, which he says comes from the fact that he likes to crack dad jokes and acts very much like an “ahjae.”

Did you guess all of them correctly? If you know of any more fun nicknames that the members of BTS have, share them with us!

BTS
Knowing Bros
How does this article make you feel?