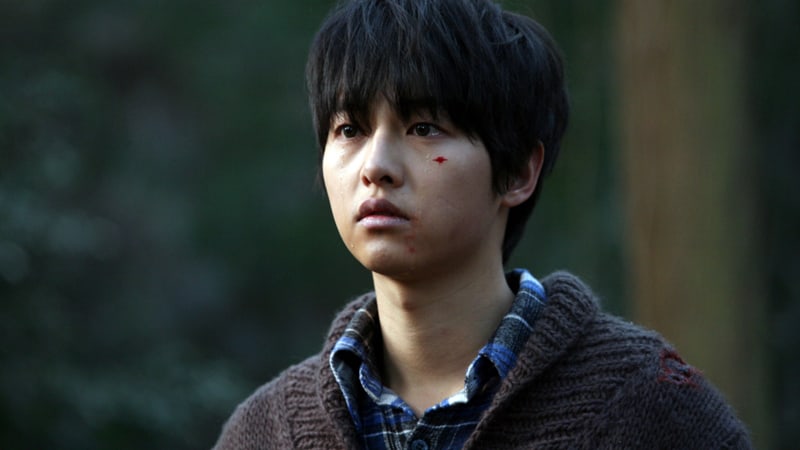 Ready The Tissues: 8 Korean Films To Make You Ugly Cry

If none of these movies make you teary, you’re probably a rock. Or just a really joyful person. Or really good at hiding your emotions. Whatever the case may be, let’s get to it! Get the tissues ready and hide the soju – here are some of the saddest Korean movies.

Starring Chun Woo Hee and Kim Nam Gil, this movie leaves you on a “wait, what?” kind of ending that will probably make you shed some tears. A coma patient-turned-ghost is trying to solve the mystery of her accident with the help of a handsome insurance investigator. Still, with funny scenes sprinkled in every now and then, this is more of an entry-level film in the hierarchy of tear-jerker films.

This one also features a ghost ­– this seems to be a popular concept – played by Cha Tae Hyun, who teams up with a high school student (Kim Yoo Jung) in order to regain his memory and come back to life. While it’s generally pretty humorous – mostly because the ghost possesses a variety of bodies – the sad parts really hit hard.

This movie about an old Korean man, portrayed by veteran actor Park Geun Hyung, is truly the stuff of tears. Don’t get misguided by the cheerful beginning. It shows the sad reality of fading health in old age and how it affects whole families. Prepare tissues. Like a lot. Maybe a boat. Maybe also life vests.

But hey, aside from all the sadness, it features EXO’s Chanyeol, who will help fight your tears.

Most of you probably know the 2012 film with Park Bo Young and of course, Song Joong Ki. It has been mentioned by quite a lot of idols (such as BTS’s V) as their favorite movie. Even though its premise seems a little like a horror movie – it is about a werewolf, after all – the story will probably have you in tears by the end.

As the title suggests, this one is kind of the mother of all tear-jerkers – the memoirs of a young love, told by the daughter of the female lead. Being one of the earliest movies of Son Ye Jin and Jo In Sung, the 2003 feature still has everything it takes to make you ugly cry. Probably.

Starting out as a usual romance, the story of “A Moment To Remember” takes a sad turn halfway through when the couple faces an illness, which changes their lives forever. Son Ye Jin and Jung Woo Sung star in this highly successful movie, which made thousands of people weep like babies.

Han Hyo Joo and So Ji Sub star as the main leads in this film, which also revolves around love and illness. A blind call center worker coincidentally meets a former boxer-turned-parking lot attendant. To finance surgery for his loved one, So Ji Sub’s character takes drastic measures. And – no surprise there – it’s also sad. But don’t worry – in return for all the tears you’re gonna cry, the movie blesses you with a view of So Ji Sub’s abs.

The trailer below gives a glimpse of how sad this movie is.

There are guns and a sniper involved in this movie, but that doesn’t make it any less sad. While a professional hitman (Jung Woo Sung) goes about his action-loaded business, he comes across an artist portrayed by Jun Ji Hyun. Confusion, a love triangle, and tears follow. Just watch it for yourself, but don’t blame us for your water damage.

This movie starring Moon Chae Won and Lee Seung Gi is probably not gonna make you cry, and if it does, then it’ll probably just be tears of joy. But if you need a little cheering up after watching all the sad movies on this list, then this one is your recommendation. A service for the well-being of our beloved readers, so to say.

Did you cry watching those movies? Did your facade crumble? Which movies would you recommend for a good cry?

daisygonzo is planning her return to Korea. And probably needs therapy after binging all those movies. Or just the next episode of “Weekly Idol.” Follow her Instagram for more.