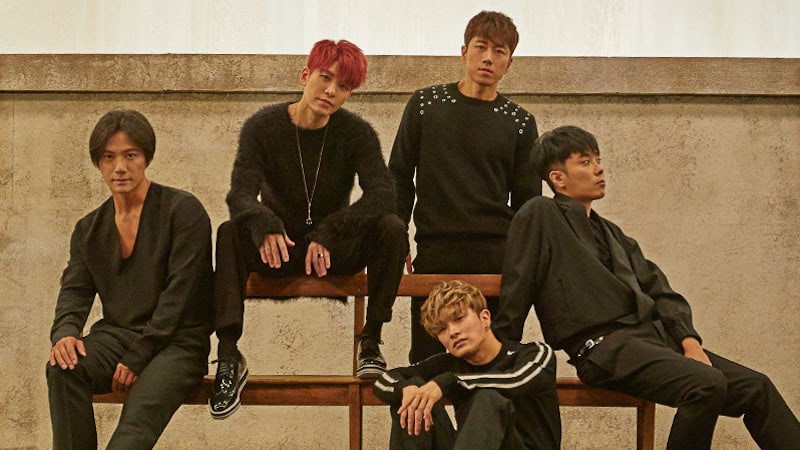 SECHSKIES Opens Up About Releasing Album They Promised To Before Disbandment

On September 23, veteran group SECHSKIES held their 20th anniversary concert at the Gocheok Sky Dome. The group performed numerous hit songs including “Promised Destiny,” “School Song,” and “A Man’s Path.” The members also thanks fans individually and opened up about their recently released album.

Lee Jae Jin thanked fans by saying, “We have to live every day of 2017 as if it’s SECHSKIES’s 20th anniversary. We took a break from promotions in order to prepare a better side of ourselves. Today is finally that day. We were able to hold our 20th anniversary concert on a huge stage because of you all.”

Jang Soo Won promised a high quality performance stating, “This is our first time performing on such a huge stage since we debuted 20 years ago. I worried if we would be able to fill this space with our yellows but seeing you all today I didn’t have to worry. There are a lot of songs still left. We prepared a lot to show you guys.”

As the leader, Eun Ji Won also thanked fans by saying, “Two days ago, SECHSKIES’s fifth album came out. There were times when we were recording and it was hard and exhausting but the moment we received results, all the hardships felt beforehand vanished and we were very touched. Thank you all for listening a lot.”

Lee Jae Jin then concluded by saying, “We’ll work our bodies for every performance, to fill one performance with all 20 years.”

On September 21, SECHSKIES released their fifth album “ANOTHER LIGHT,” with double title tracks “Smile” and “Something Special.”