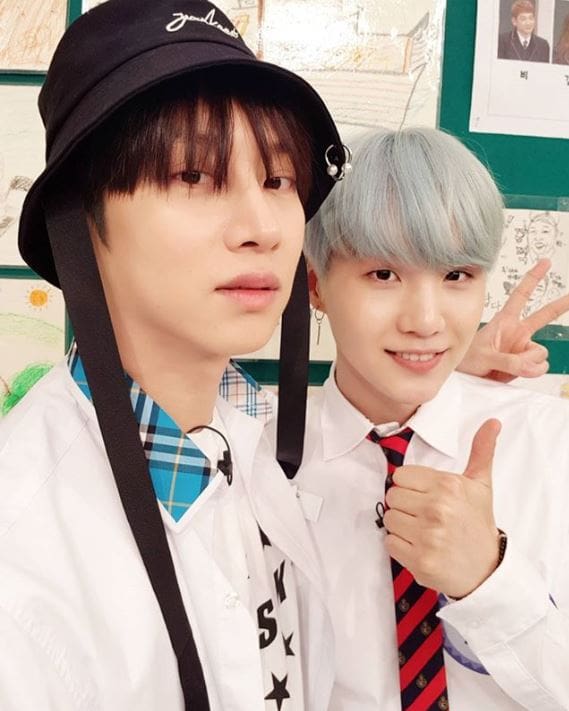 Super Junior’s Kim Heechul showed off his love for BTS’ Suga on social media, while teasing the group’s upcoming appearance on “Ask Us Anything.”

Kim Heechul uploaded a selfie with Suga on the set of “Ask Us Anything.” The caption reads, “Dongsaeng Suga Suga Min Yoon Gi from ‘Weekly Idol.’ It’s already been 2 years… Time sure is fast. During the first recording of ‘Weekly Idol’ I heard that BTS would be coming out, so I looked up videos to remember some names and songs and I became a fan (The music video for ‘Dope’ is really dope. My go-to emotional song is ‘I NEED U.’). And during recording the Suga-chul chemistry was great. Even though no one can confirm through the broadcast. If you’re curious about that chemistry, you can go check tonight on JTBC’s ‘Ask Us Anything.'”

Previously, it was revealed that the two were quite close as Suga thanked Kim Heechul for taking care of BTS when they made an appearance on “Weekly Idol.”