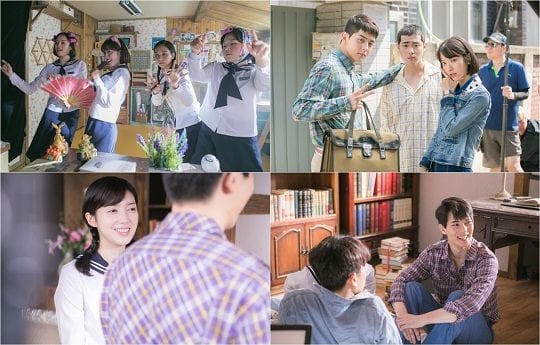 In yet another photo, Chae Seo Jin and Lee Jong Hyun, whose characters have feelings for each other, smile brightly in the middle of shooting a scene. Unlike their characters’ serious relationship, it’s reported that the two actors never stop laughing together while filming.