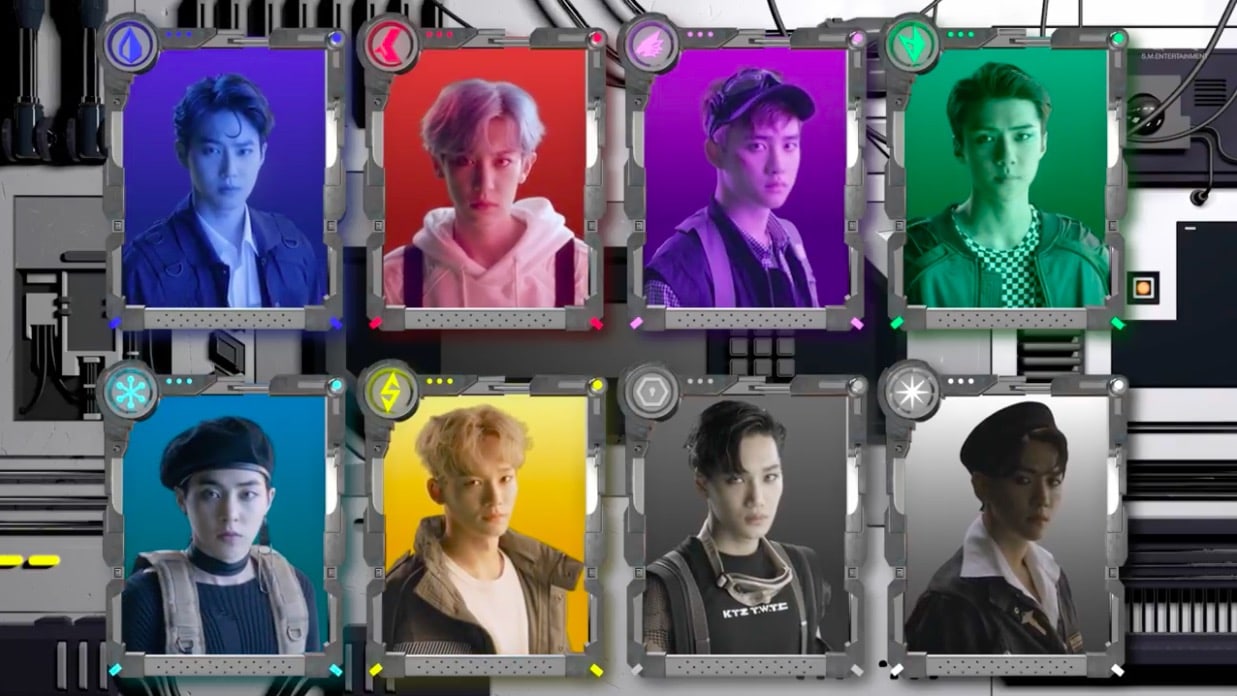 EXO’s “Power” is our new No. 1 song this week. This song was not on the chart last week but it successfully replaced their old song “Ko Ko Bop” and scored another chart topping hit for EXO. “Power” is the fourth song this year to debut at No. 1 on our chart, joining BIGBANG’s “FXXK IT,” Suzy’s “Pretending To Be Happy,” and IU’s “Palette.” “Power” also swept all the music show wins last week. Congratulations to EXO!

“Power” is the title song of EXO’s repackaged fourth album “The Power Of Music.” It is an addictive dance track with a synth sound, and contains a meaningful message that we can become more powerful by being connected through music.

Holding steady at No. 2 and No. 3 this week are Wanna One’s “Energetic” and Red Velvet’s “Red Flavor,” respectively.

Besides “Power,” there is one more new song in the top 10 this week. Moving up 10 spots to No. 7 is the first top 10 hit “We Are” by rookie rapper Woo Won Jae, who finished third on the hip hop survival program “Show Me The Money 6.” Featuring established hip hop artists Loco and GRAY, “We Are” is about Woo Won Jae’s own story. This song achieved “all-kill” on music charts as soon as it was released.