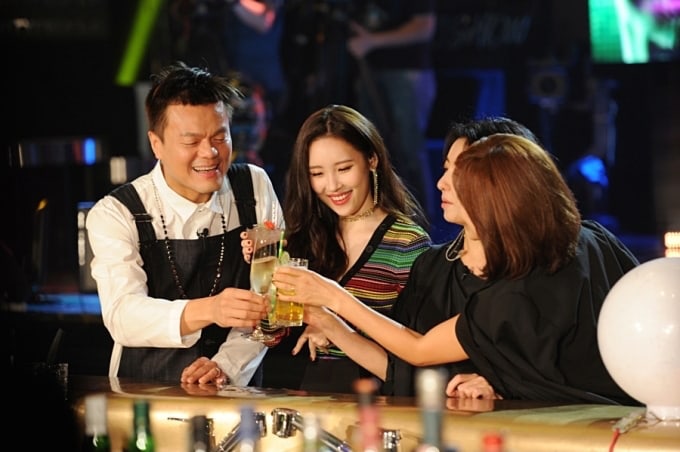 On the September 24 episode of SBS”s “Park Jin Young’s Party People,” the music talk show hosted a variety of guests, including Kim Wan Sun, Bada, and Sunmi. During Sunmi’s portion of the episode, she confessed, “Actually while I was a part of Wonder Girls, at first I really didn’t like to perform ‘Tell Me.'”

Sunmi also said she didn’t like the concept and album jacket, and explained, “The choreography video that was sent from the U.S. was too shocking.” She then expressed her gratitude towards JYP, thanking him for making such a successful song.

JYP also previously explained that he was worried about Sunmi being able to find a producer that knows her as well as he does. Sunmi also recently released her single “Gashina,” which has been receiving a lot of love.