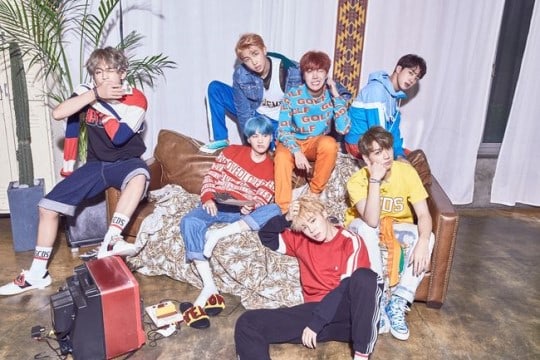 BTS Crushes Sales Records With “Love Yourself: Her”

After opening up with stock pre-orders of over 1,120,000 copies, BTS’s “Love Yourself: Her” has officially set a new sales record, coming in with over 750,000 copies sold in its first week!

According to Hanteo Chart’s sales tally on September 25, the album recorded 759,263 copies sold in the first week after its initial release on September 18.

This number doubles the sales of “You Never Walk Alone” which was released this past February and sold a total of 373,705 copies.

“Love Yourself: Her” stands at no. 14 on the U.K.’s album chart and its title song “DNA” currently sits at no. 41 on Spotify’s “Global Top 50″ chart. The album is receiving world-wide popularity as it ranks no. 1 on iTunes in over 73 countries and has achieved the highest record for a Korean artist.

Furthermore, BTS’s position as a world star can be see once again in their European rankings: as of September 23,”DNA” reached no. 90 on the U.K.’s single charts, and the album ranked no. 13 in Sweden (Sverigetopplistan,) no. 18 in Belgium (Ultratop Belgian Charts,) no. 19 in Ireland (IRMA,) no. 56 in Italy (Top of the Music,) and no. 57 in Germany (Offizielle Deutsche Charts.)