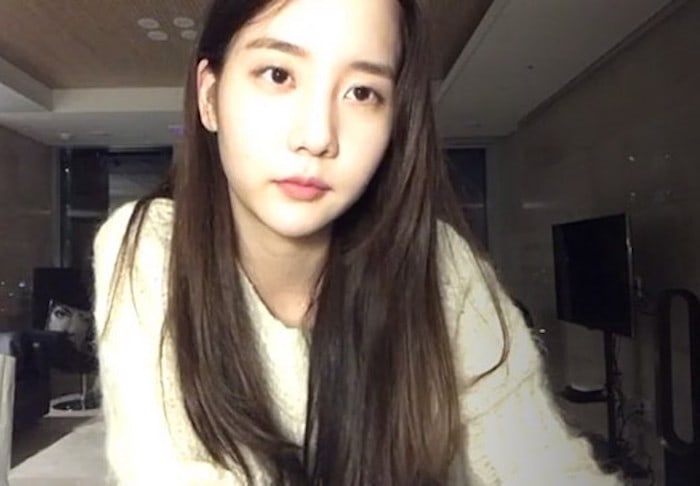 Han Seo Hee, the trainee who smoked marijuana with BIGBANG’s T.O.P, has revealed her debut plans.

In the late hours of September 24, Han Seo Hee held a Instagram live session and spoke about a variety of topics. She said, “I’m planning on debuting in a four-member group around January at the latest. The members I will debut with are young and pretty.”

She spoke about debuting despite the marijuana case and said, “I decided to debut because I’ll get cursed at even if I stay still, so I wanted to try starting. Given that situation, thank you for liking me.”

When asked about her group’s concept, she said she wasn’t sure yet exactly. She commented, “How could I do an innocent [concept], it doesn’t match my personality. I know it would fail.”

She also carefully touched smoking marijuana and said, “I think I have too much unnecessary curiosity.” She also defended herself from accusations of lying and said, “If I were lying, wouldn’t YG say, ‘She’s lying. It’s not true.’ So what does it mean when they’re staying quiet?”

On September 25, Han Seo Hee posted on her personal Instagram and said, “I didn’t know so many people would be interested. I feel pleased and I can’t really explain the feeling, but I think it’s making me feel more responsibility. I will work hard so that more females can step forward in the world confidently. Thank you once again.”

Previously, Han Seo Hee received a sentence of four years of probation with the possibility of a three-year prison sentence if she commits a repeat offense during her probation period. The Seoul Central District Court also ordered 120 hours of drug rehab and a fee of 870,000 won (approximately $770).