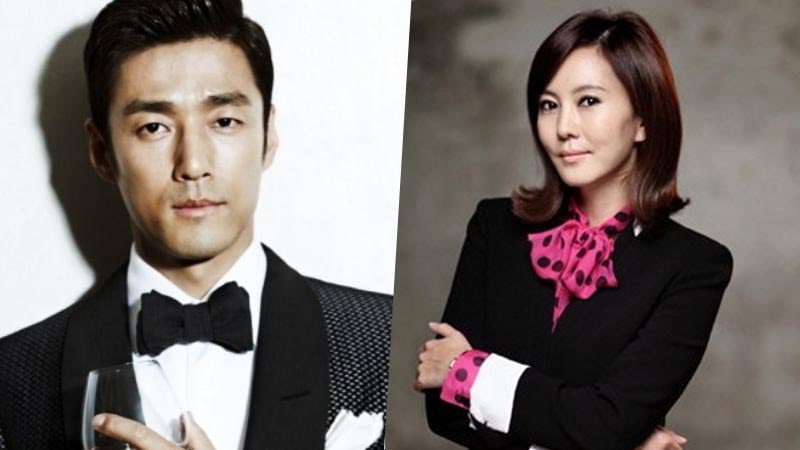 Actors Ji Jin Hee and Kim Nam Joo have been confirmed to star as a married couple in the upcoming JTBC drama “Misty” (working title).

The passionate, mystery melodrama is set to air next January, and will be about a famous news anchor, who is a suspect in a murder, and her lawyer and husband as the love they believed in is exposed.

Ji Jin Hee, who has been nicknamed “Master of Melodramas,” will be playing Go Hye Ran’s husband Kang Tae Wook, a lawyer with strong convictions who has maintained his marriage. He falls in love with his wife all over again as he is put in charge of her case.

Kim Nam Joo previously appeared in the drama “My Husband Got A Family” and is making a comeback to the small screen after six years. She will be taking on the role of Go Hye Ran, a skilled news anchor who has won the “Media Award Of The Year” five years in a row and works tirelessly to make sure her spot as the main news anchor doesn’t get taken away from her by younger rising juniors. However, she is summoned to the police station one day as the prime suspect in a homicide.

In regards to the drama, Kim Nam Joo commented, “I’ve always wanted to greet people with a good project. As soon as I read the script for ‘Misty,’ I felt something pull at me as if it were destiny. If it’s a project like this, I think I’ll be able to spill forth all the passion left in my forties into the project.”

When asked why he chose the drama, Ji Jin Hee explained, “The characters’ relationships entangling was interesting and the more I read the script, I became more immersed into Kang Tae Wook’s life.” On the two actors’ chemistry, he commented, “I appeared in Kim Nam Joo’s drama back in 2012. It was a short cameo but I remember it was fun working with her. I think I’ll be able to show [Tae Wook’s] love, hate, and resentment for Hye Ran; a complex sort of love.”

The production crew also stated, “With just the two actors’ names, it feels like we’ve got an army on our side. Kim Nam Joo, who has previously done many warm and righteous roles, will take on a career woman who chases her desires. This will also be her first comeback to the small screen in a while, so you can look forward to her transformation as well as her chemistry with the Master of Melodrama, Ji Jin Hee.”

“Misty” will be the first collaboration between JTBC and director Mo Wan Il, who previously directed “Drama Special – Sirius” and “Beautiful Mind.” Scriptwriter Kang Eun Kyung will also take part in the creation of the drama. The drama is planned to be partially pre-produced, with filming beginning next month, in order to increase the quality of the drama.

Ji Jin Hee
Kim Nam Joo
How does this article make you feel?