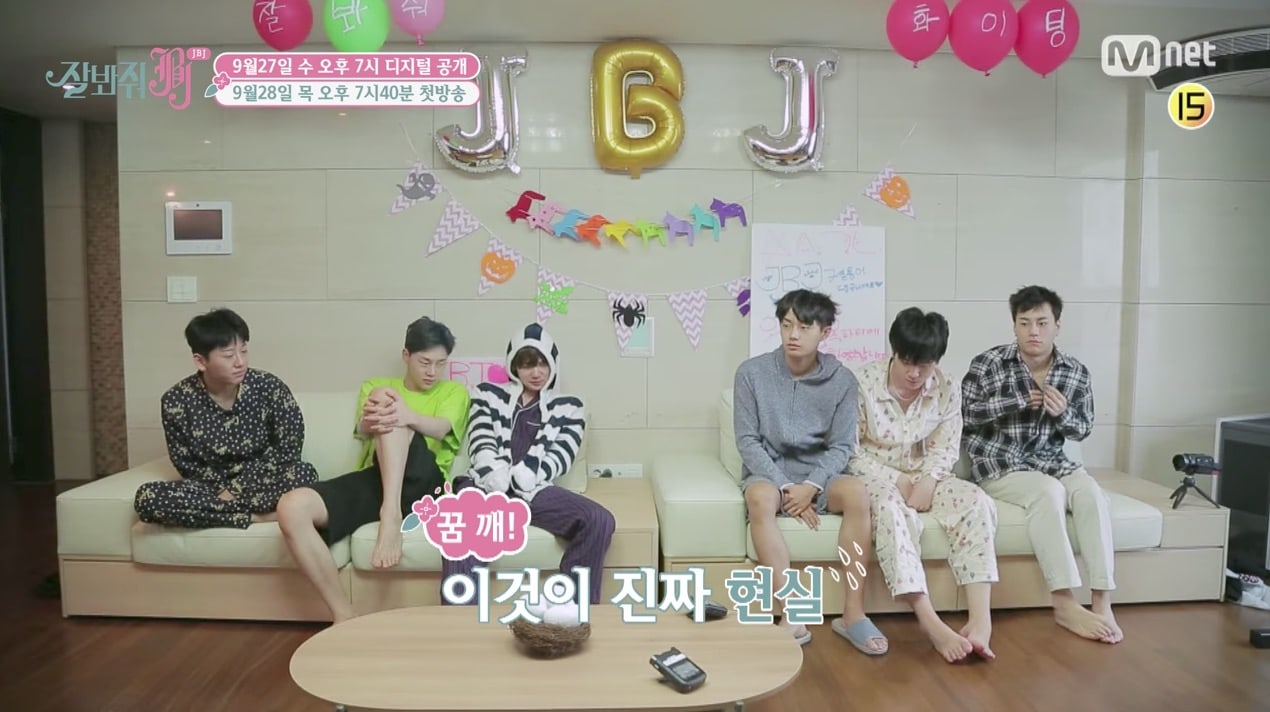 Watch: JBJ Is Ready To Show Fans Everything In Teaser For First Episode Of Reality Show

JBJ has released a teaser for the first episode of their reality show “JustBeJoyful, JBJ” and it is set to be as fun and exciting as fans had hoped for!

The beginning cut is of the members participating in a photo shoot, looking cool and suave as they pose for the camera with the caption, “An idol group whose dreams became a reality!” Suddenly, the scene quickly changes to the six members looking disheveled as they sit on a couch, looking like they’re trying to wake up.

It looks like JBJ is ready to show fans everything, from having a party to celebrate moving in together to sharing a meal to plotting to escape their dorm rooms. It’s set to be a wild ride and member Kim Sang Gyun ends the video with, “Will things go well for JBJ?”