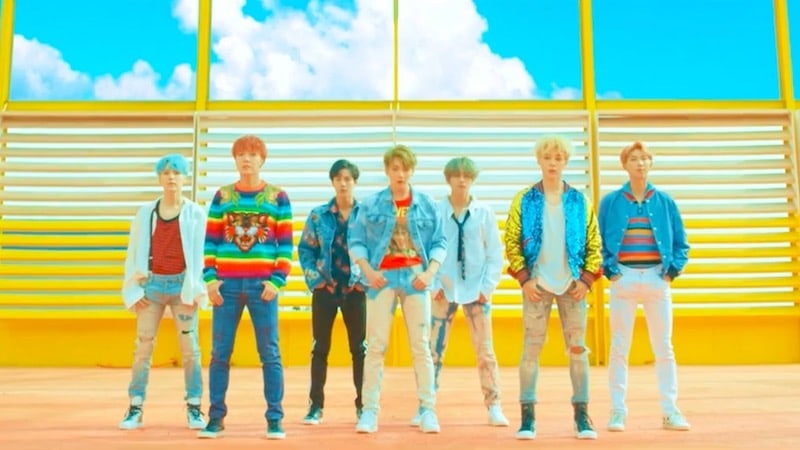 BTS has achieved their goal of charting on Billboard’s Hot 100!

Billboard’s Hot 100 chart ranks the most popular songs of the week in the United States across all genres, and is based on radio airplay, sales data, and streaming data.

On September 26 KST, it was announced by Billboard that BTS’s new song “DNA” has entered the Hot 100 for the week of October 7 at No. 85. According to Billboard, they achieved this result with 5.3 million first-week U.S. streams and 14,000 downloads sold. The song has also come in at No. 37 on the Digital Song Sales chart, and is BTS’s first entry on the chart.

The members of BTS have said that it was a goal of theirs to enter Billboard’s Hot 100, making this achievement even more meaningful for the guys and their fans. The group previously charted at No. 15 on the “Bubbling Under Hot 100” chart (which ranks the 25 songs just below the Hot 100) with their track “Spring Day” in February, and have now entered the Hot 100 chart itself for the first time.

Very few other K-pop artists have achieved the feat of making it on to Billboard’s Hot 100 chart. Other K-pop artists who have charted on the Hot 100 include solo artist PSY with four of his Korean-language tracks, Wonder Girls at No. 76 with “Nobody” in 2009 (which was recorded in both Korean and English), and CL at No. 94 with her English-language song “Lifted” last year.

BTS also told fans during a V Live broadcast on September 18 that they’d surprise them with something if their new song entered the Hot 100.

In addition to their amazing chart results on the Hot 100, BTS has also come in at No. 7 on the Billboard 200 with their mini album “Love Yourself: Her.”