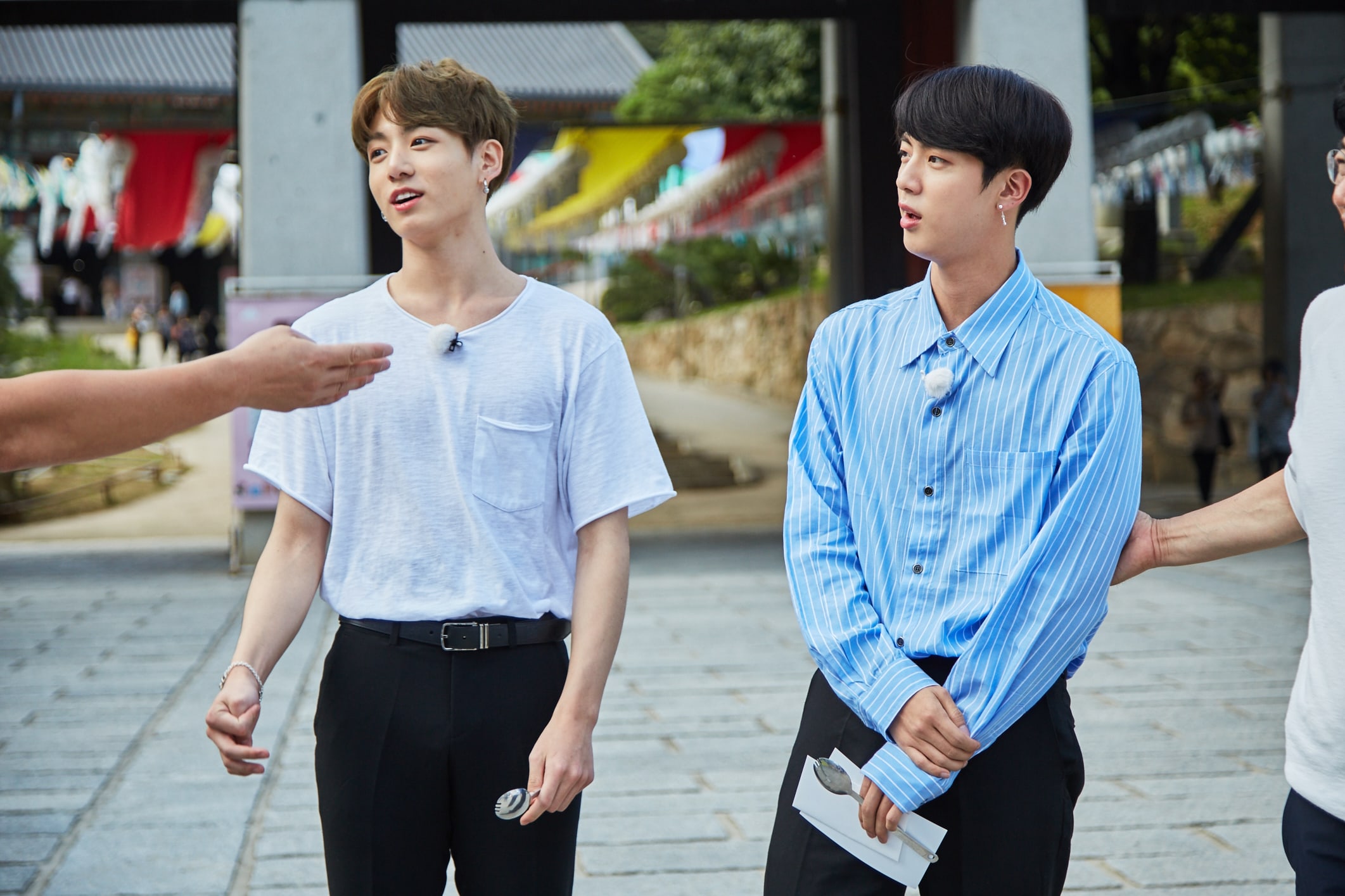 JTBC’s “Let’s Eat Dinner Together” has released stills of BTS’s Jungkook and Jin appearing on an upcoming episode.

The photos show Lee Kyung Kyu, Kang Ho Dong, Jin, and Jungkook smiling cheerfully and enjoying each other’s company. The episode marks Lee Kyung Kyu’s first time meeting members of the popular boy group. Lee Kyung Kyu is known for being interested in BTS and has mentioned them on the show before.

MCs Lee Kyung Kyu and Kang Ho Dong first head to Bongeunsa Temple to meet their mystery guests. BTS’s Jin and Jungkook practice their calligraphy inside and become discovered by the MCs. Lee Kyung Kyu is especially happy about meeting them as he had been hoping they could appear on the show for a while now. He even shouts out with happiness. 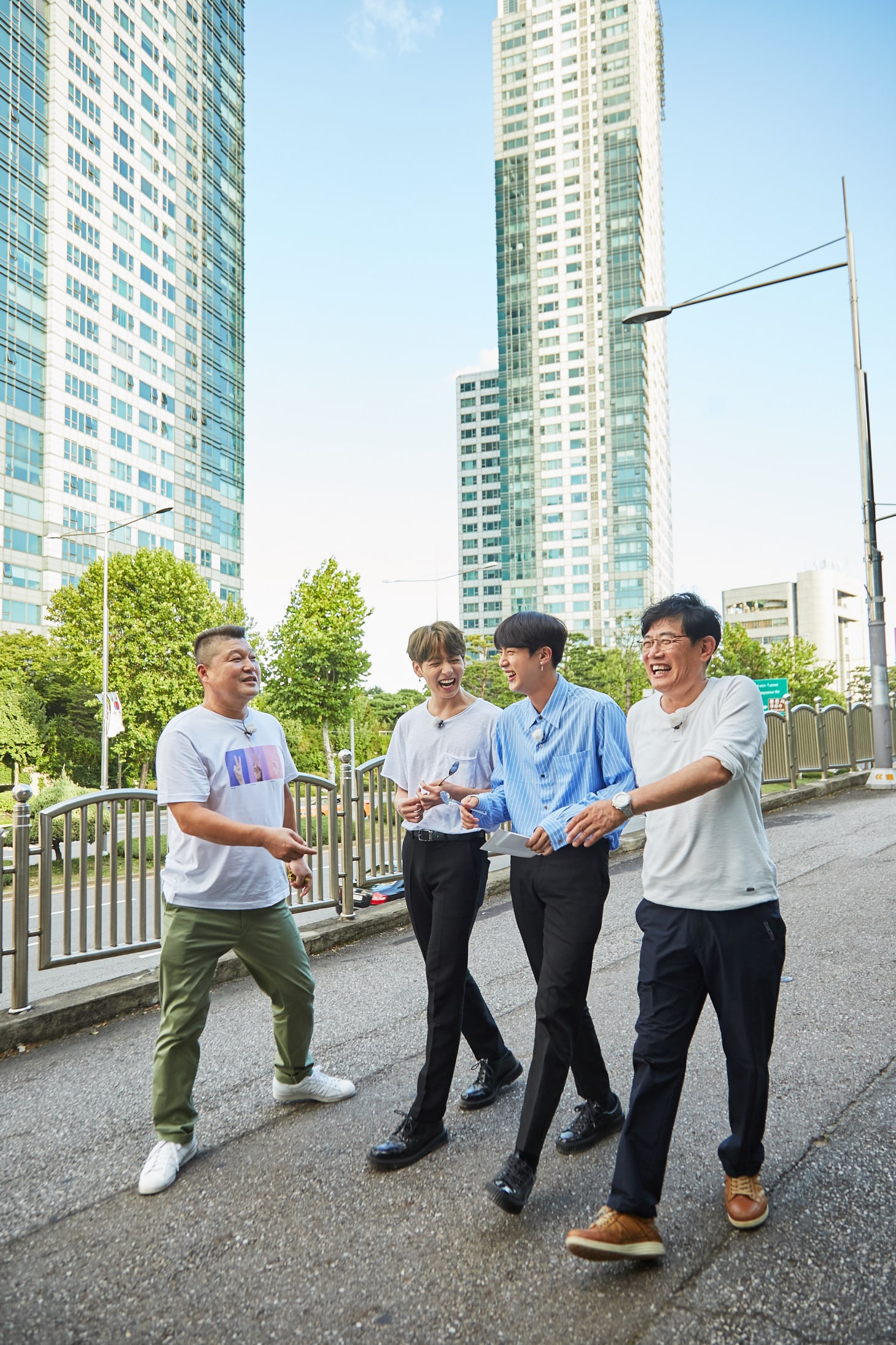 The four head to Samseongdong which is known for its high real estate prices. Lee Kyung Kyu comments, “Just 40 years ago Gangnam was just rice paddies and fields. I’m still full of regret that I didn’t buy land here back then.” He also jokes, “Following Taehaeran Street, Samseongdong should make Bangtan Street.”

Later they begin ringing on doorbells to ask residents to eat dinner together. After knocking on doors to luxurious homes, Jin and Jungkook confidently say that they are from BTS only to be met with individuals who don’t know them. 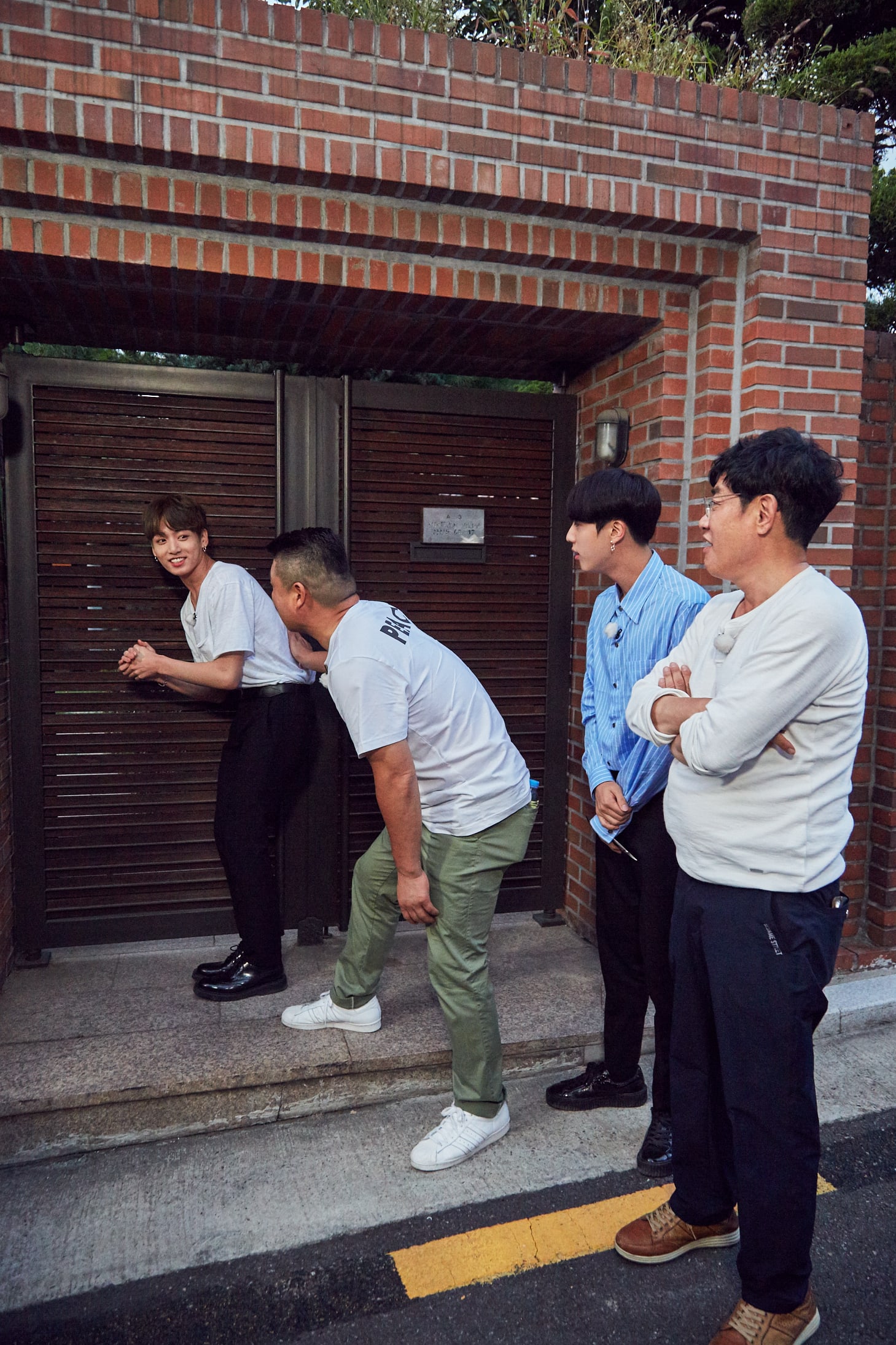