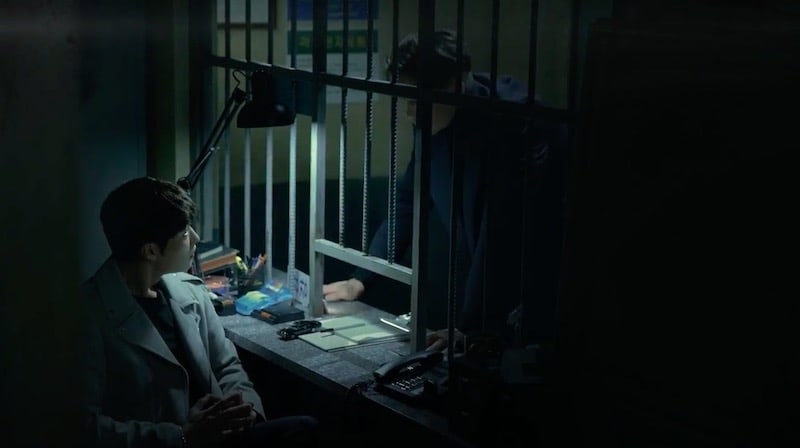 “Mad Dog” is a crime drama focused mainly on insurance crimes starring Yoo Ji Tae, Ryu Hwayoung, and Woo Do Hwan. Mad Dog, an insurance crime investigation team, will serve as dark heroes who turn the world upside down, offering a counterpunch against the unfair reality.

In the teaser clip, Yoo Ji Tae and Woo Do Hwan confront each other amid high tension. With fast-paced music in the background, Yoo Ji Tae walks in a dimly lit room to find Woo Do Hwan sitting behind bars. As Yoo Ji Tae slips in a small toy car, Woo Do Hwan smirks and says, “Four victims including drivers. All family members are most likely dead. The driver is the sole survivor, 7 hundred million won in insurance.”

To this, Yoo Ji Tae holds up another small plane figure. “While landing at Jeju Airport, the pilot conducted a suicide mission,” he replies. “Extremely high number of expected deaths, 3.4 billion won in insurance.”

“Do you think you could handle it?” asks Woo Do Hwan, the smile erased from his face. Yoo Ji Tae looks down at him for a second, winks, and leaves the room without saying anything. As the door closes, the words “MAD DOG” appear on the panel above the door.

Watch the thrilling teaser for “Mad Dog” with English subtitles below!

“Mad Dog” is set to air on September 11 with Yoo Ji Tae playing the role of Choi Kang Woo, the leader of the Mad Dog team, while Woo Do Hwan plays Kim Min Joon, an elegant conman who is cleverer than anyone else.

Yoo Ji Tae
Woo Do Hwan
Mad Dog
How does this article make you feel?