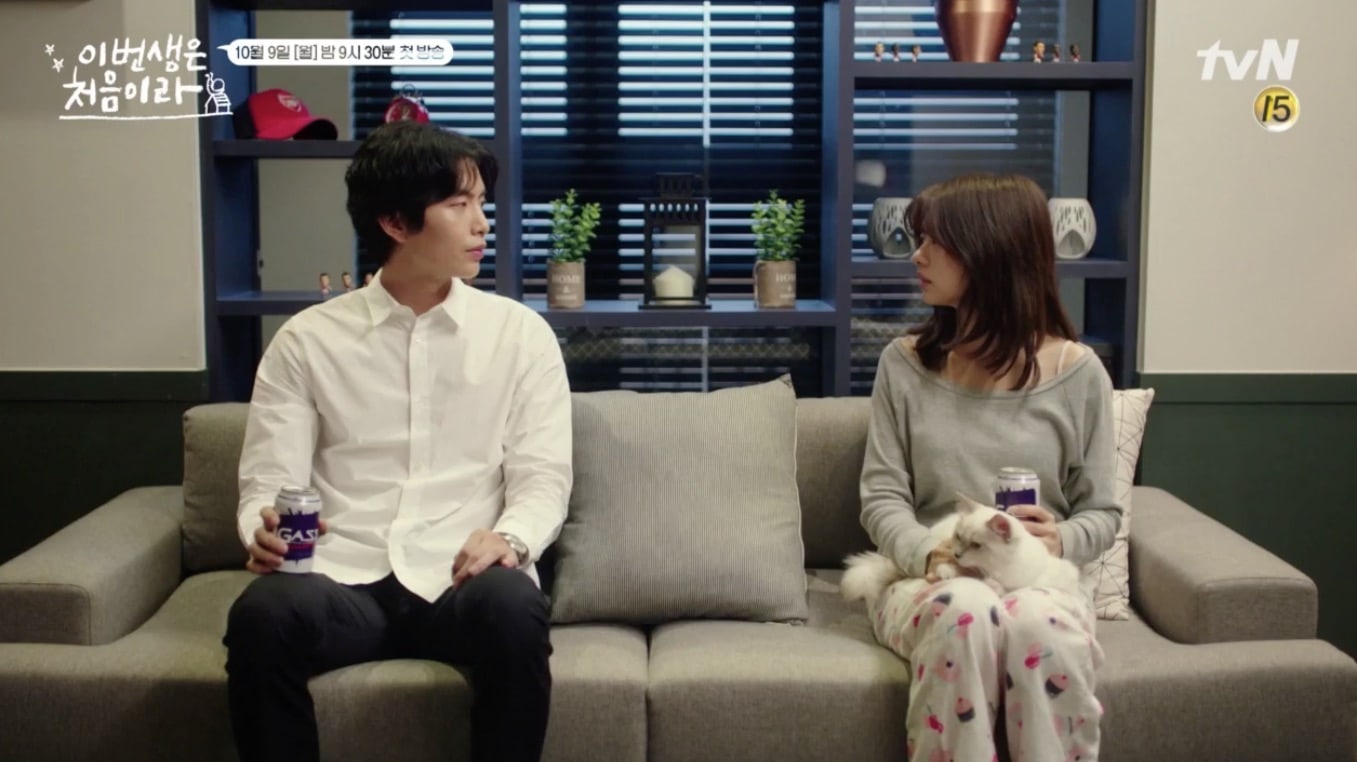 Watch: “Because This Is My First Life” Teases Intriguing Roommate Relationship In Highlight Reel

A new highlight reel has been released for tvN’s new drama “Because This is My First Life” that shows that viewers are in for a treat with a fun quirky story between two people who seem to be so different that they’re almost perfect for each other.

Continuing from the first trailer that had Jung So Min and Lee Min Ki decide to move in together, the new highlight reel delves deeper into the life they end up sharing together as roommates. Though they live under the same roof, the two characters rarely interact because they seem to have completely different sleep cycles. Lee Min Ki accidentally sees Jung So Min snoring and sleeping in uncomfortable – and slightly scary – positions while looking for his cat, but he simply closes her door and says, “Let’s pretend we never saw that.”

It seems that the only time the two characters interact is when they’re watching football as both of them support Arsenal. Things seem to be working out for Lee Min Ki’s character, who has chosen to stay single as he believes that’s the logical and smart choice, while Jung So Min’s character has given up on dating due to her financial struggles.

The shocker comes at the end when Lee Min Ki and Jung So Min are sitting on opposite ends of the couch, and Lee Min Ki turns to Jung So Min and says, “Hey, if you have the time, do you want to get married with me?”

Check out the highlight reel below!