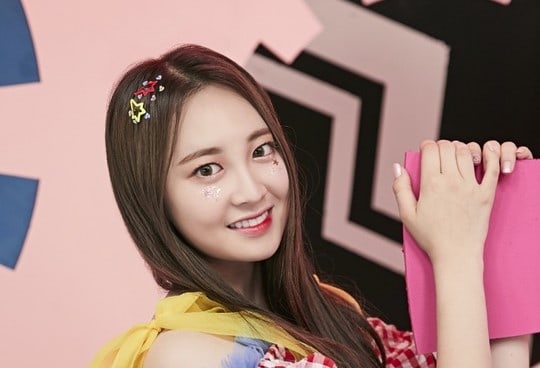 It has been revealed that the grandmother of MOMOLAND’s Taeha has passed away, and that Taeha will not be appearing at MU:CON Seoul 2017 along with her fellow members.

A source from MOMOLAND’s agency Duble Kick Company uploaded a statement into their official fan cafe which stated, “Hello, this is Duble Kick Company. Due to her maternal grandmother suddenly passing away, MOMOLAND’s Taeha will not be taking part in MU:CON on September 27. Whether or not she will be taking part in activities scheduled afterwards will be revealed at a later date. We are very sorry for her loss.”

Taeha was originally scheduled to appear at the 2017 Seoul International Music Fair, also known as MU:CON, along with the other members on September 27.

Our condolences to Taeha and her family.

MOMOLAND
Taeha
How does this article make you feel?