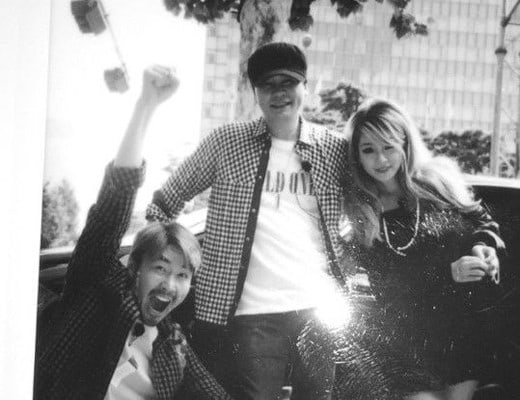 In the photo, he is with CL and Noh Hong Chul, who were previously confirmed to host the survival program. The caption is filled with hashtags that show off the YG Entertainment CEO’s excitement for the show, mentioning that they filmed for more than 12 hours a day, are currently in their fourth day of shooting in a row, but that they’ve only filmed enough for one episode so far. There’s quite the touch of humor as one of the hashtags says “If the show isn’t funny, Han Dong Chul prepare yourself.”

“MIXNINE” is an upcoming survival show airing on JTBC, featuring Yang Hyun Suk of YG Entertainment going directly to entertainment agencies to discover new trainees with star potential. The program is set to have two parts, the “Enter Tour Step” and the “Competition Step.”

The show will also divide girls and guys, and the trainees will be in competition to debut in a group of nine girls and nine guys, respectively. The program is produced by Han Dong Chul, the producer behind hit music survival shows, “Produce 101,” “Show Me The Money,” and “Unpretty Rapstar.” The first episode will be broadcast on October 29 at 4:50 p.m. KST.