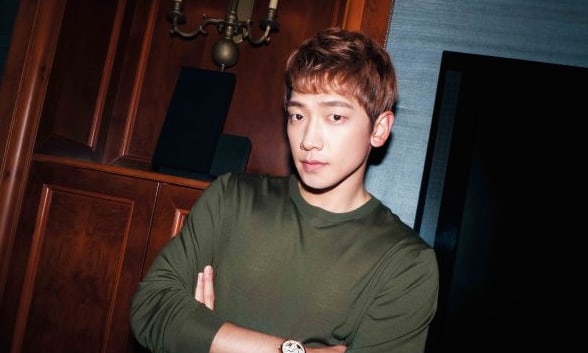 Rain sat down for an interview and talked about his decision to be a mentor on KBS2’s idol rebooting project “The Unit.”

He admitted that it took a long time for him to make this decision. “I actually rejected the offer a few times. I received a lot of offers for audition programs in the past as well, but I always turned them down because I didn’t want to judge people,” he expressed.

“Someone could try their very best at something but then end up getting hurt by other people’s words. I didn’t want to hurt anyone, and I felt like I didn’t even have a right to judge them. I thought it would be better to spend my time on dramas and films instead. I was also concerned because I had never been a fixed member of a variety show before,” he shared.

When asked why he ultimately decided to accept the offer for “The Unit,” Rain answered, “The point of this show is rebooting. I always wondered why it wasn’t possible for [artists] to get revived. There are a lot of people out there who aren’t able to showcase their talents even after debuting, due to various circumstances. Those people actually remind me of my past.”

“Back when I was a member of the boy group FANCLUB, none of the music shows asked us to perform. I was so confident I could perform well on stage, but we just didn’t get a lot of [opportunities]. That’s why I was really moved by all the participants trying to get a second chance through ‘The Unit,'” he explained.

Rain will be joined by San E, Hwang Chi Yeol, and Urban Zakapa’s Jo Hyun Ah as mentors on “The Unit.” The show will air its first episode on October 28.