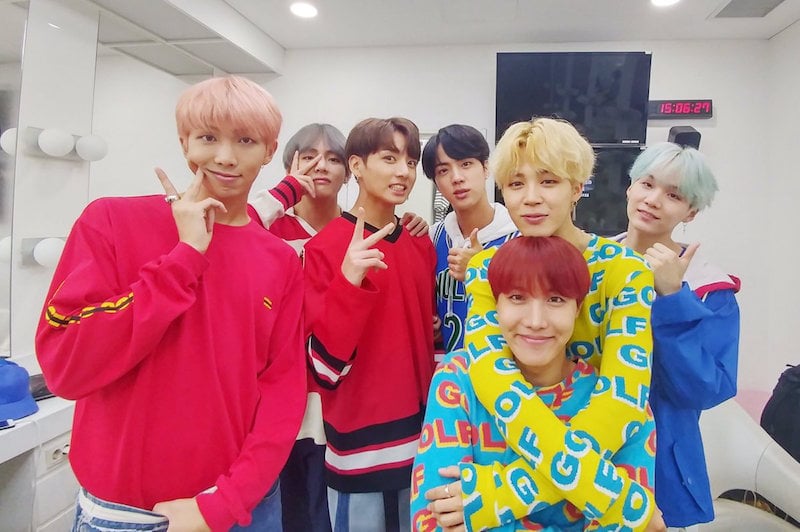 BTS Shares Their Thoughts On Recent Billboard Success + Thanks ARMY

BTS has revealed their thoughts on entering the Billboard Hot 100 for the first time and having their new album “Love Yourself: Her” come in at 7th place on the Billboard 200 chart.

The members shared their comments through their agency on September 27. Rap Monster talked about entering the Billboard Hot 100 and said, “It’s a great honor as an artist and I’m really proud and moved because it’s a song in Korean. I think it will remain one of the most memorable days in my memories.”

The leader continued, “I would like to attribute the glory we received as a gift from ARMYs all over the world back to [ARMYs] and give them infinite gratitude. Love yourself, love myself!”

J-Hope said, “I’m not sure if it’s a dream or if it’s real. Since it’s a chart that I grew up looking at, I can’t believe that our name is on that famous chart. I would like to thank fans and the public for listening to and liking BTS’s new album once again. Given the good results I would like to show better music in the future.”

Jungkook said, “First, I can’t believe it and I think our goal has become larger due to the ranking. It’s a great honor that our goal can become larger and I’m always thankful to fans.”

Jin said, “I would like to attribute the glory to all of our ARMYs. I think that even if you make music you need people to listen to it in order to climb up. I’m always grateful to ARMYs and love them.”

V said, “When people asked us what our goal was we said that we wanted to enter Billboard’s Hot 100 chart even though we knew it couldn’t happen. So it’s a great honor that we have entered the Hot 100. Thank you ARMY and thank you and thank you.”

Suga said, “It makes me very emotional when I look back on the past. I’m all the more surprised and amazed because we weren’t expecting these results. I’m thankful to fans who made the dreams I dreamed of as a child become reality. I love you.”

Jimin said, “I was so surprised that I got goosebumps because we had not expected these results. It was more shocking because the Hot 100 isn’t a chart that just anyone can enter. When I heard about the Billboard news I thought of ARMY the most. [ARMY] gave us a really big present and I will work towards repaying that gift.”

Congratulations to BTS and ARMY!