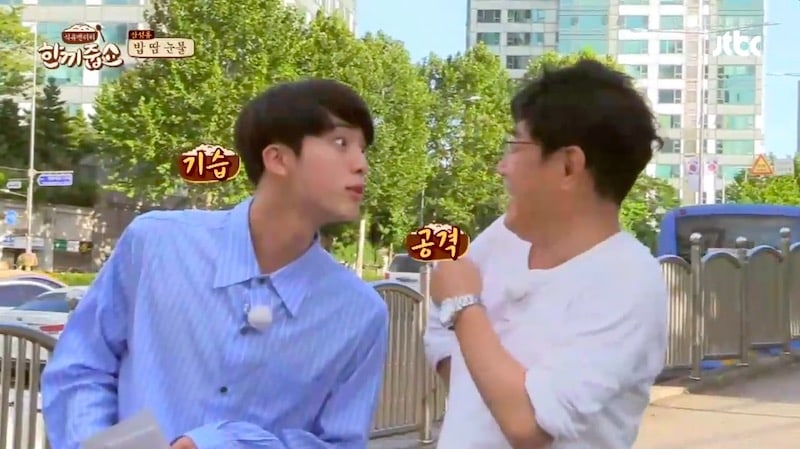 Watch: BTS’s Jin Is A True Comedian As He Cracks Everyone Up On “Let’s Eat Dinner Together”

BTS’s Jin had everyone laughing while he appeared with Jungkook on the JTBC variety show “Let’s Eat Dinner Together”!

During September 27’s episode, the pair joined hosts Kang Ho Dong and Lee Kyung Kyu to travel around the neighborhood of Gangnam in search of someone who would give them dinner. Lee Kyung Kyu was particularly thrilled to get the pair on the show after having mentioned wanting BTS as guests before in the past!

As the quartet walked around the streets of Gangnam, Kang Ho Dong told Lee Kyung Kyu that Jin loves dad jokes, and so Jin happily jumped in with one from his repertoire.

“How do you say ‘don’t pass gas’ in English?” asked Jin, and Lee Kyung Kyu couldn’t guess the answer. Jin replied that it was “Ton katsu” (breaded, deep-fried pork cutlets), which when pronounced in Korean sounds similar to “Don’t gas” in English.

This got all four of them laughing, and Kang Ho Dong gestured at Lee Kyung Kyu as he said, “He likes it!” 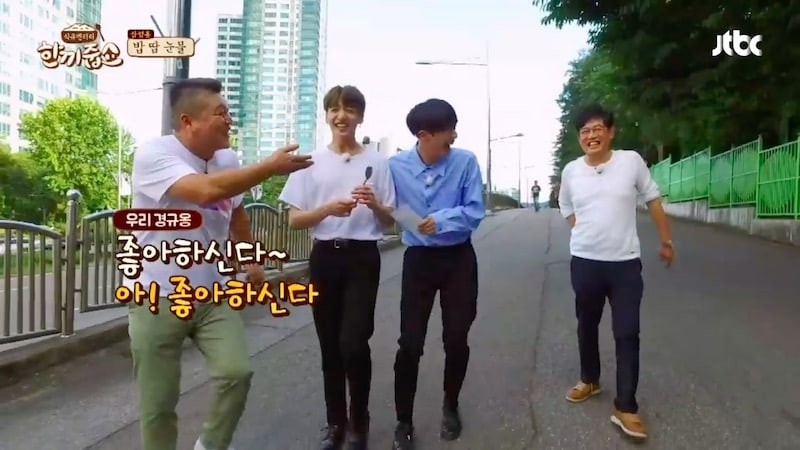 “It’s funny, right!” said Jin. He then asked them, “What do you get when you go beyond the limit?”

The word for “limit” sounds similar to the phrase used when counting “one” item in Korean. Jin explained, “You get ‘two’!”

This not only got Lee Kyung Kyu clapping as he cracked up, but Jungkook and Jin also pointed out that the writers behind the camera were laughing too! 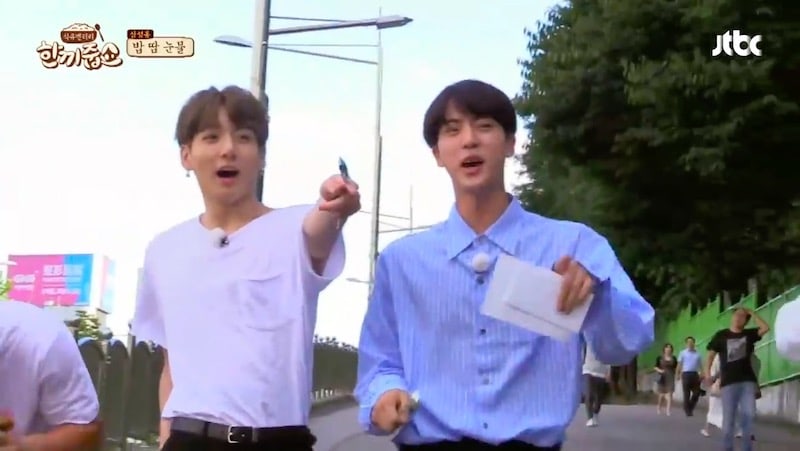 Kang Ho Dong also told Lee Kyung Kyu that Jin is known for being able to keep his eyes open for a long time. He then initiated a staring contest between Jin and Lee Kyung Kyu, which Jin quickly turned hilarious by pulling funny faces as he kept his eyes wide open.

BTS
Jin
Let's Eat Dinner Together
How does this article make you feel?