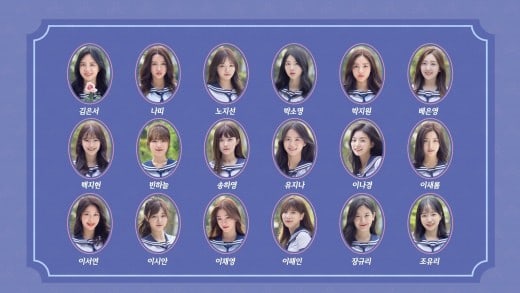 Mnet’s “Idol School” will be coming to an end on September 29, and the final top nine contestants will become the members of a new girl group.

There are currently 18 contestants left after last week’s episode, and they will be performing three new songs in competing groups for the final broadcast.

The final nine members will solely be decided through votes, consisting of the results from last week’s live voting, the online votes up until midnight KST on September 29, and the results of the voting that will take place during the live finale.

Furthermore, the contestant who places first will be given additional benefits. She will not only be named as the group’s center, but also have a special solo part in their debut song. There will also be a special edition of their debut album released featuring photos and packaging of the first-place winner.

There will also be a Mnet reality program about the upcoming girl group’s continuing path to debut that is set to premiere on October 20, and will air every Friday at 7 p.m. KST.

The final episode of “Idol School” will be broadcast live on September 29 at 11 p.m. KST.