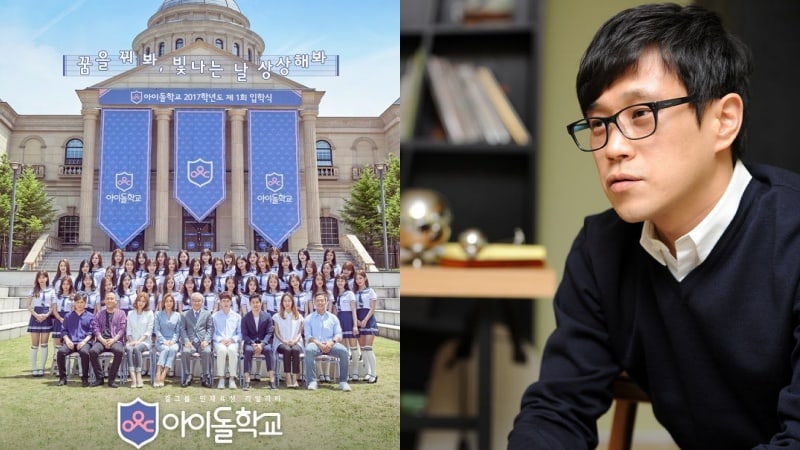 Pledis Entertainment’s CEO Han Sung Soo has been confirmed to be the producer of the nine-member group that will debut from Mnet’s “Idol School.”

The episode of “Idol School” that will air on September 29 will be the final competition leading up to choosing who will make the debut team. The remaining 18 students have been divided into three groups that will perform three new tracks “Pinocchio,” “You’re in My Fantasies,” (literal title) and “MAGICAL.” The votes that are tallied from today’s broadcast will be added to last week’s live broadcast votes and evaluations to choose the top 9 trainees.

The nine trainees who make the debut team will be led by CEO Han Sung Soo of Pledis Entertainment, which houses popular idol groups like NU’EST, SEVENTEEN, and PRISTIN. “Idol School” and Han Sung Soo will work together to manage the group’s training and debut. The students who don’t make the cut will continue training under the “Idol School” system.

The debut group will also be filming a reality program that follows them on their journey from trainees to idols, and this show will air every Friday at 7 p.m. KST from October 20.

idol school
Pledis Entertainment
How does this article make you feel?