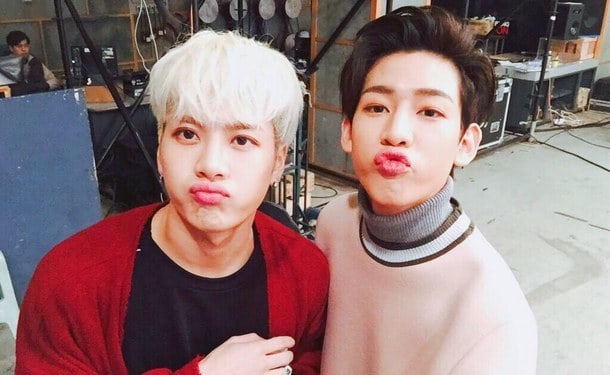 With just a couple of weeks until GOT7’s comeback, members Jackson and BamBam gave fans some hints on what they can look forward to.

On September 30, the boys appeared on a Naver V Live broadcast where they spent some time communicating with fans.

The two stated, “We’ve come on today to provide some spoilers for our upcoming [mini] album.” Jackson explained, “The songs are fresh, just like the scent of an orange. Anyone who listens to them will feel refreshed.”

Jackson and BamBam continued on, revealing, “Words like ‘right’ (in English) and ‘sky’ make an appearance. The songs are slower and more relaxed, but the choreography is really difficult.”

GOT7’s new mini album “7 for 7” will be released on October 10. Check out their latest individual teasers featuring Mark and JB!

GOT7
Jackson
BamBam
How does this article make you feel?