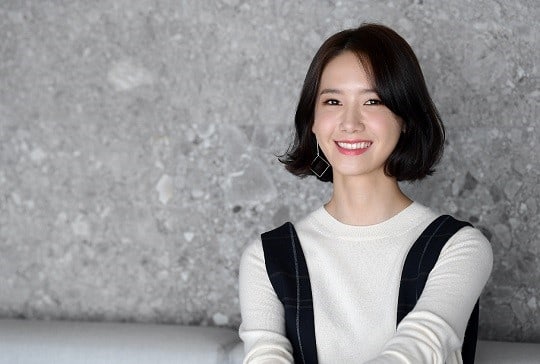 Girls’ Generation member and actress YoonA opened up about her steadfast faith for her group, having celebrated their 10th anniversary together this year, and revealed which variety show appearance she has loved the most.

Not only did YoonA recently grace the screen on MBC’s historical drama, “The King Loves,” but she has also had plenty of experience stealing the hearts of viewers from her numerous activities with the girl group on variety shows, music programs, and more.

The actress stated, “All the other members kept supporting me by monitoring ‘The King Loves’ when it aired. Hyoyeon in particular seemed to be a fan of Wang Won, but when there was a twist in the story she said, ‘Wang Lin is cool too.'”

Going on, YoonA added, “Now that it has been 10 years since our debut as Girls’ Generation, my state of mind has change. When I would go on variety shows in the past, I used to be hesitant about what I said out of fear that people wouldn’t like it. But now that I have a lot more experience doing them, I’ve become much better and more comfortable on shows. When we were on ‘Ask Us Anything,’ it was all stuff we had talked about before in the waiting room so I wasn’t anxious or anything like that.”

The singer wrapped up by stating, “I know all of our members personalities very well now. So when we were on ‘Ask Us Anything,’ it was really fun to just to ad-lib. I think that episode could easily be chosen as the best variety show appearance we have done in this round of promotional activities.”

Do you agree with YoonA or do you have another favorite Girls’ Generation variety show appearance you’d like to share?

Girls' Generation
Ask Us Anything
YoonA
The King Loves
How does this article make you feel?