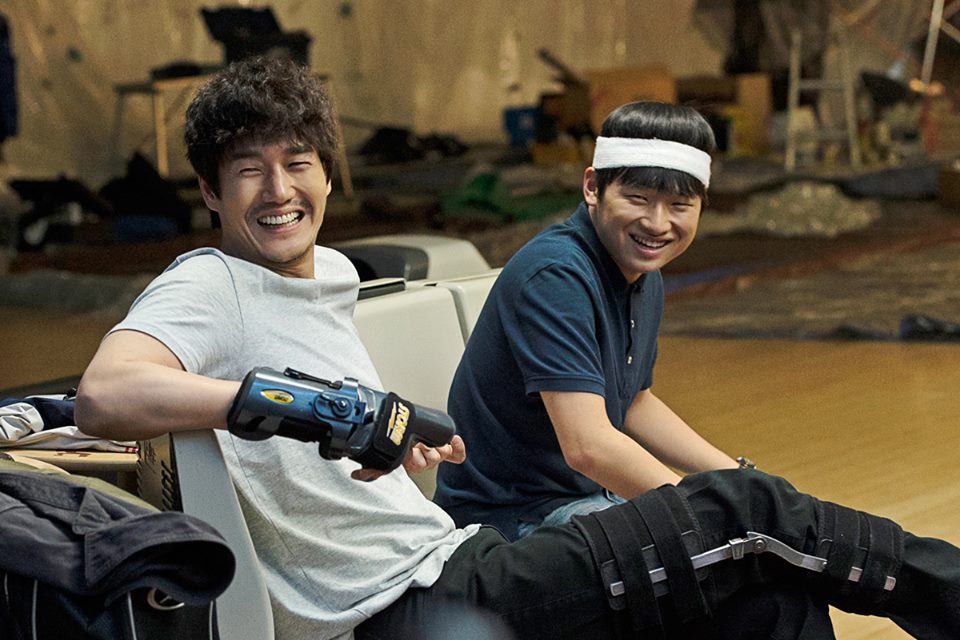 On the outside, “Split” seems like an average, run-of-the-mill, uplifting sports movie about a washed-up coach and his genius protégé. On the outside, the film boasts of top star Yoo Ji Tae, talented David Lee, and precocious Lee Jung Hyun in director and writer Choi Gook Hee’s silver screen debut. On the outside, it has all the right elements to throw it into mainstream film and have it succeed. Inside, however, is where the magic happens. Composed of mundane elements brilliantly utilized, “Split” is a film that will take you by surprise with how fresh it is and how organically the small, haphazard bowling family comes together through trial and circumstance. 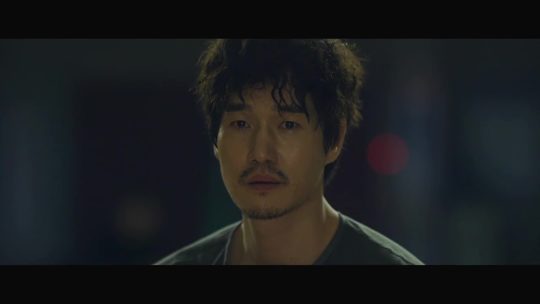 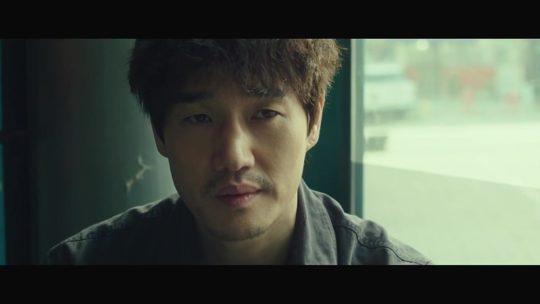 Yoo Ji Tae plays Chul Jong, a former champion bowler whose career was cut short by a tragic car accident that took his wife and the mobility in his right leg. Instead of a champion, he became an underground bowler who indulges a bit too frequently in alcohol and self-loathing. Beside him is the lovely Lee Jung Hyun as Hee Jin, Chul Jong’s gambling partner who is trying to secure the funds to buy back her father’s bowling alley from Toad (Jung Sung Hwa), a former bowler turned twisted businessman.

One day Chul Jong takes on a (legit) part time job and spies a young man bowling in lane 10, nailing strike after strike while performing an usual ritual before and after each bowl. This is Young Hoon played by David Lee, a young man described as having intellectual disabilities as well as falling somewhere on the autism spectrum. He has trouble communicating and connecting with people, but he’s a brilliant bowler. Beneath the exterior of his behavior lies a damaged, warm-hearted kid who is just misunderstood.

At first only regarding Young Hoon as a walking and talking way to earn quick cash in underground bowling, Chul Jong goads Young Hoon into joining him with promises of his favorite things: bowling, black bean noodles with cucumber, and Milkis. Young Hoon earns Chul Jong and Hee Jin money, but he slowly earns their hearts as well. People who only saw him as a collection of unusual behaviors and desires begin to see him as the person he actually is.

Throw greedy gamblers from the underground bowling world who want to make big money in with the budding friendship and love between Chul Jong, Hee Jin, and Young Hoon, and we have a film that is worth the 121-minute watch. 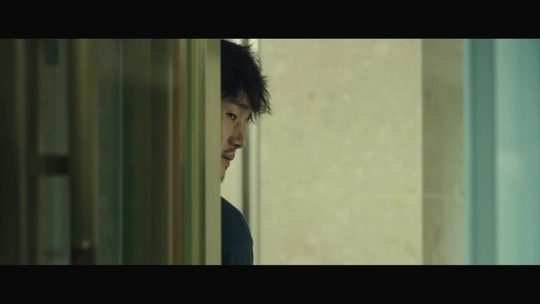 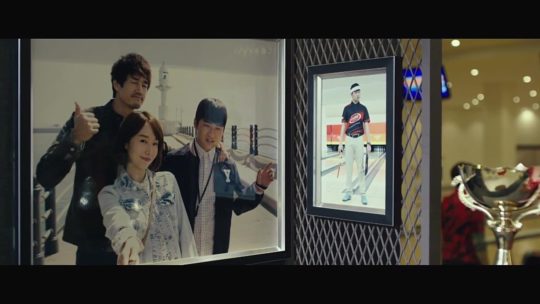 One of my biggest problems with watching movies is that I get quite bored when the pacing lags. You get a banging opening scene with car chases, fights, emotional problems, beautiful scenery, and then the rest of the movie flags after that, throwing in short bursts of interest that aren’t enough to maintain my interest. “Split,” however, keeps a consistent ebb and flow of tension and energy that shifts between fights, bowling, relationship development, emotional beats, and the requisite exposition. This is due to the excellent direction and writing that doesn’t waste time and makes wise scene cuts and transitions. My only quibble may be that the end tried a little too hard to retain the rest of the film’s fabulous energy, but other than that, I would definitely sit down to watch again.

The villains and their villainous ways 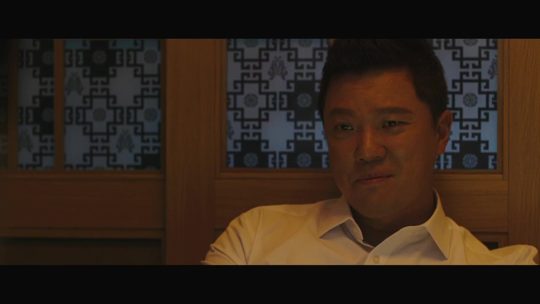 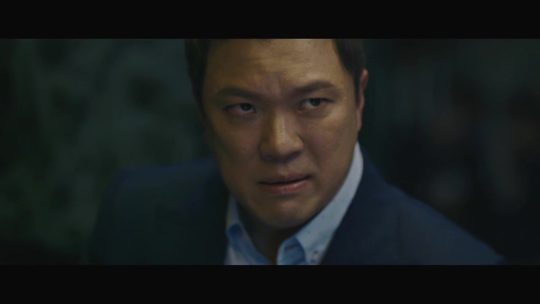 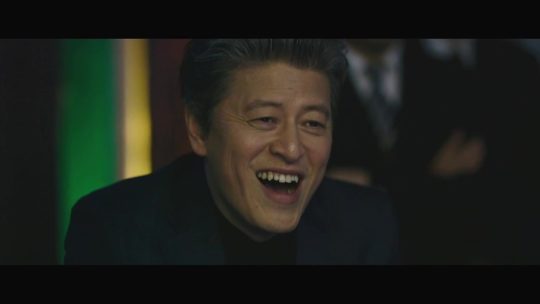 A good movie is only as good as its bad guy or the struggles that the protagonists face against all odds. In the case of “Split,” the struggles are against greedy men who have no restraint — they will go as far as they have to in order to satisfy their greedy desires. Take Toad (Jung Sung Hwa), a former pro bowler turned loan shark. Jung Sung Hwa is always a solid villain, and his ability to portray this extreme character is what makes Toad work. The man is ruthless in his endeavor for more money, showing no gratitude to Hee Jin’s family for teaching and raising him in the bowling world, and even less respect for Young Hoon’s needs. The man is scary precisely because he knows no bounds.

Then there is Chul Jong himself. While a good man on the inside, it takes him a long time to peel back the greedy, slovenly, uncaring exterior to get there. At first, Young Hoon is merely a means to an end, a talented, warm-body to earn the big bucks. But because Chul Jong is possessed of a warm, gooey center (as we knew he would be), he redeems his use of Young Hoon by genuinely caring for the young genius.

Other greedy, violent people dot the underground bowling world of “Split,” each posing as an obstacle for Chul Jong, Hee Jin, and Young Hoon. Mostly though, it is the amount of growing up that these three need to do that provides the real villainous challenge, which is where “Split” shines. Through the violence and crooked dealings emerges three beautiful souls that we can get behind. 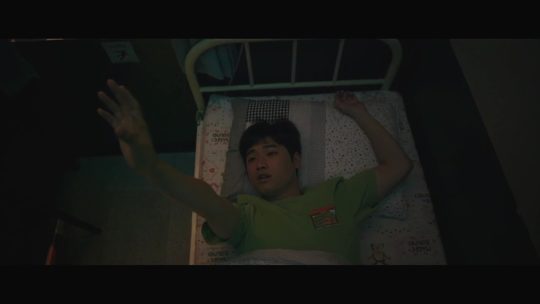 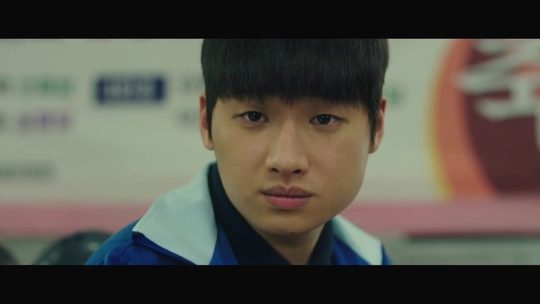 As someone who has worked with people with special needs and disabilities for much of my adult life, I admit to going into “Split” with some skepticism. The spectrum of atypical people is often poorly portrayed, and, more often than not, written to be an exaggeration and mockery of these people. But “Split” doesn’t do that. In fact, it gives quite a grounded portrayal of a man with disabilities on the autism spectrum. Half of the credit goes to the sensitive writing, and half goes to David Lee, who did an excellent, respectful job with Young Hoon.

While characters abused Young Hoon, mocked him, called him names, and beat him, the heart of Young Hoon wasn’t his uniqueness. Rather, the story took time to peel away that exterior (like it did with Chul Jong) and take a look at the kind young man within. Yes, these people suffer at the hands of societies that just don’t understand them, which the film shows with stark, painful realism. But they also have so much to give, and that is shown with beautiful clarity. I love to see a film respect people who are misunderstood and it seriously gives me the warm fuzzies. Watching Young Hoon be welcomed into a ragtag family of bowlers was nothing short of wonderful.

The chemistry between Yoo Ji Tae and David Lee 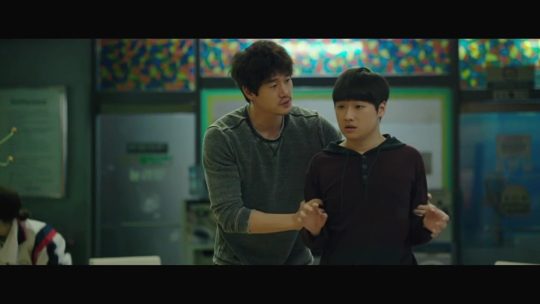 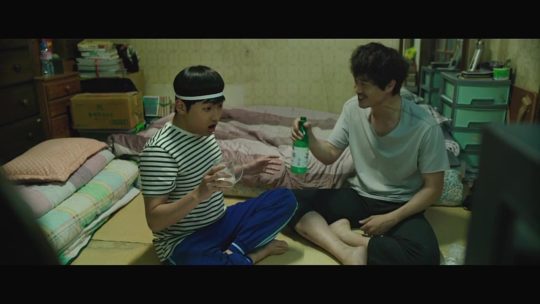 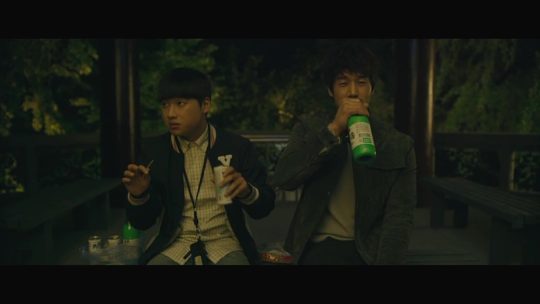 A film can be beautifully written, directed, orchestrated, edited, and everything else, but if the main actors don’t jive, all is lost. It’s dead in the water. But this is Yoo Ji Tae and David Lee we are talking about. Separately, both of these men are masters of their craft; together, it truly becomes art. In fact, it almost feels like invading privacy when watching these two have a moment on screen together, as if it were a real moment that we shouldn’t spy on. But luckily, we can witness all of those moments, both the painful and the sweet. We watch them grow up together and change each other for the better. These exceptional beats are what give the movie it’s real drive, not the action. That is what I like to call “heart,” and “Split” has plenty of it. 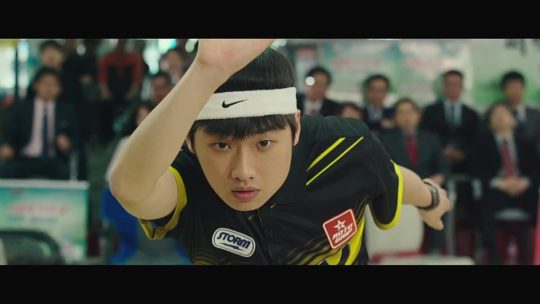 Soompiers, what did you you think of “Split”? Click below to watch (watch the trailer here), and let us know in the comments below!