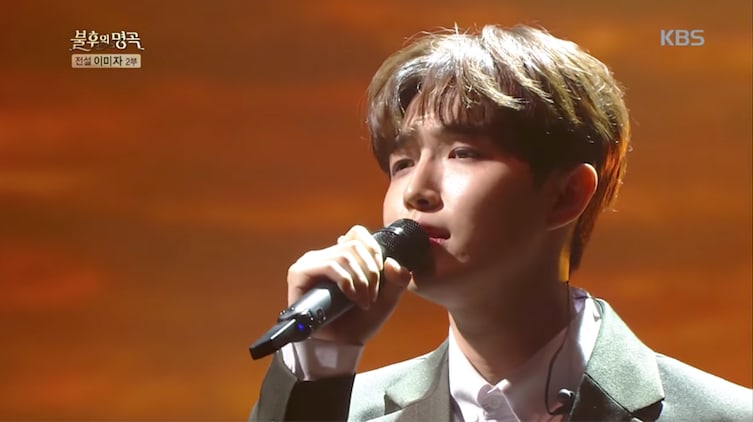 Wanna One member Kim Jae Hwan appeared on the September 30 broadcast of KBS’s “Immortal Songs” for the second round of the Lee Mi Ja special.

Last time he was on the show, he performed a fun summer track for the DJ DOC special with the other Wanna One members. This time, Kim Jae Hwan appeared alone and sang veteran singer Lee Mi Ja’s ballad “Goose Father” as the second performance of the night.

Kim Jae Hwan said, “I think of Lee Mi Ja as an artist who gave solace to my mother or my grandmother. I felt deep sorrow throughout the song.” He continued, “Since I debuted, I haven’t seen my parents in awhile. I thought of my parents a lot while singing and sang sincerely with all of my heart.”

Kim Jae Hwan’s rendition of “Goose Father” highlighted his unique sweet tone and strong vocal skills, and made the audience—including his own father—emotional.

Wanna One
Happy Together
Kim Jae Hwan
How does this article make you feel?