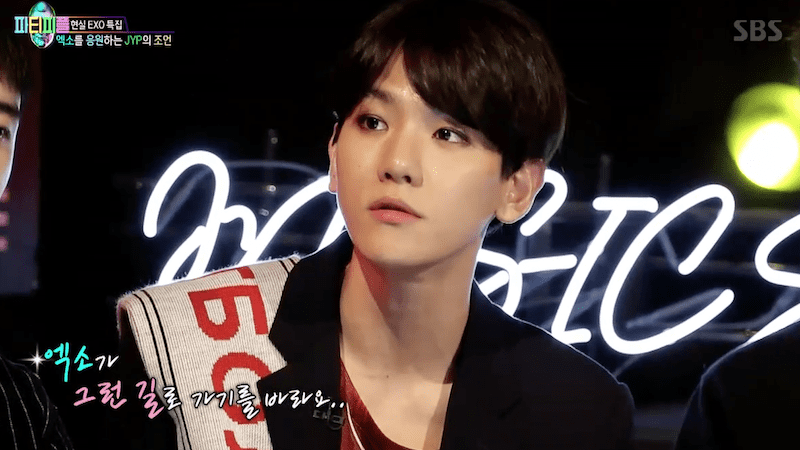 EXO was one of the featured guests on the October 1 episode of SBS’s “JYP’s Party People,” where they candidly discussed their thoughts on music, their success, and experiences.

While discussing their future goals, Baekhyun opened up about how idols and fans of idols are still viewed as inferior by many in Korean society.

“If you say that you’re an idol, there are still so many people who hold prejudiced views,” Baekhyun explained. “It’s the same for fans. There appear to be many people who make the distinction between, ‘are you the fan of an artist or the fan of an idol?’ People who like idols are negatively seen as and called bbasooni [a derogatory term that roughly translates to insane female fan]. Honestly, don’t delineate fans that way. For us as EXO, it becomes a question of ‘how will we overcome this wall?'”

See Also: EXO Members Open Up About What Drives Them Through Difficult Times As Celebrities

Host Park Jin Young advised, “Your popularity has to change to acknowledgement. Changing just that one syllable [in Korean] is not an easy task. It’s something really difficult to achieve. It’s not something that can be changed just by being talented because you have to break people’s preconceived notions as well.” 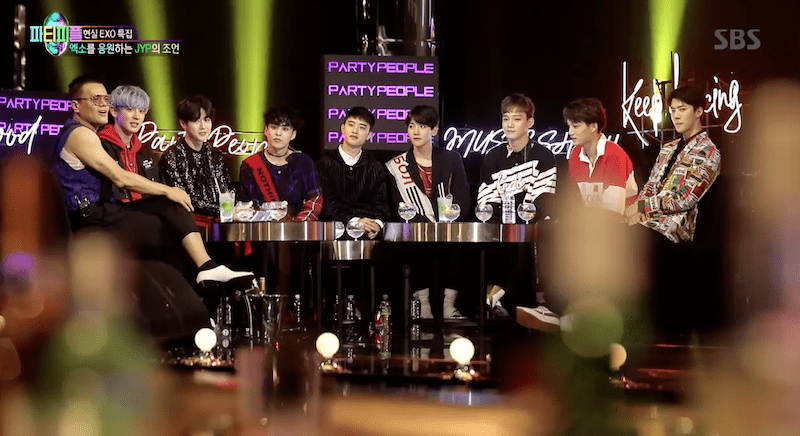 Baekhyun expressed his confidence that EXO would get there eventually, saying, “I believe in our members and myself. If we have our dependable fans beside us, wouldn’t it happen one day?” Xiumin chimed in, “EXO’s rival is last year’s EXO.”

“You all are very kindhearted. That’s the only word I can think of right now,” Park Jin Young commented. “With your kind of teamwork and mindset, I think it is completely possible.”

Check out the full episode of “JYP’s Party People” below!

EXO
Baekhyun
JYP's Party People
How does this article make you feel?