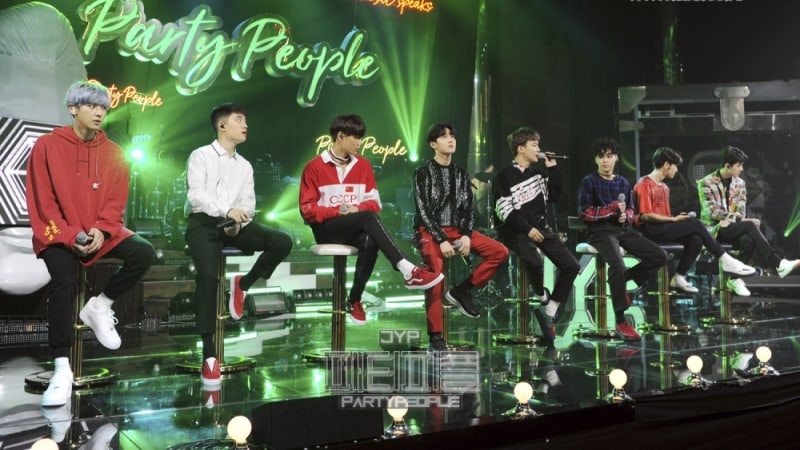 EXO appeared on the October 1 broadcast of SBS’s “JYP’s Party People,” where they treated the audience to special performances.

After conversing with Park Jin Young, the EXO members stood by the bar while Chanyeol sat on a stool with his guitar perched on his lap. The members sang along to Chanyeol’s guitar playing and performed the first televised acoustic version of “Call Me Baby.” The song, which was released in 2015 on EXO’s second album “EXODUS,” is originally a dance song. Instead, the members filled the club with just the sound of their voices and Chanyeol’s guitar.

Then, EXO later got on stage to perform “Boomerang,” a b-side track included in the latest repackaged version of their fourth album that was released earlier this month. The members sat on stools and sang to a live band for the very first performance of the song.

Check out some of their other cover performances, and watch the whole broadcast below:

EXO
JYP's Party People
How does this article make you feel?