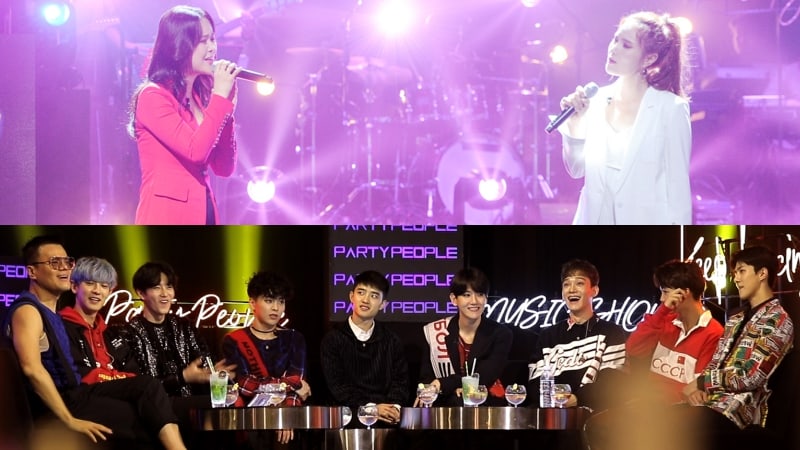 The recent episode of SBS’s “JYP’s Party People” once again took first in its time slot.

According to Nielsen Korea, the tenth episode of “JYP’s Party People” that aired on October 1 recorded an average of 3 percent with a peak of 4 percent nationwide. Since September 2, the show has seen an increase in ratings for three consecutive weeks.

This episode aired the second part of “OST queens” Baek Ji Young and Gummy, who performed a duet of the “Descendants of the Sun” OST “You Are My Everything” for the very first time and also revealed stories behind their hit songs. Global idols EXO also appeared for a “reality EXO special,” where the members gave exclusive performances of “Call Me Baby” and “Boomerang,” sang covers of their favorite songs, and shared their thoughts on life and music.