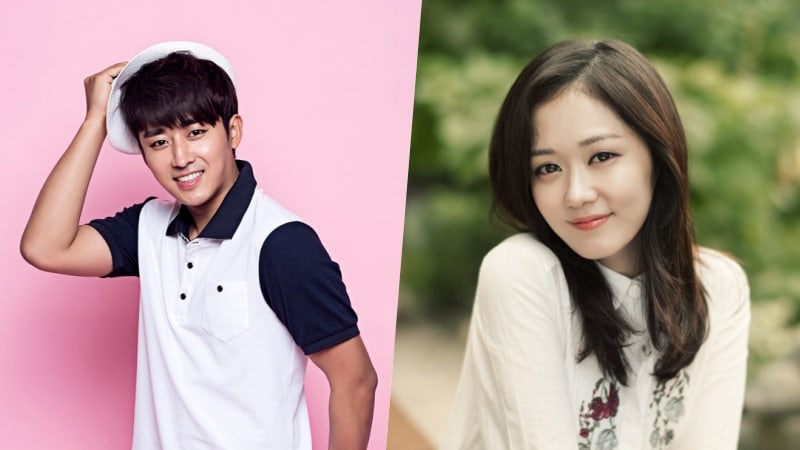 Actor Son Ho Jun revealed how he felt during his first kiss scene with Jang Nara when shooting “Go Back Spouses.”

Son Ho Jun recently sat down for an interview about his upcoming variety drama “Go Back Spouses.” He plays the role of Choi Ban Do, a 38-year-old man who travels back to his 20-year-old self.

When asked what he would want to do if he became 20 again, Son Ho Jun replied that if he were to go back in time, he’d rather become younger than that. “I’d like try studying really hard,” he said.

As Son Ho Jun is 33 years old, the role he is playing is older than him. This has made him learn a lot about the life of a father. “While filming this drama, I felt that fathers are going through a lot without us realizing it,” he explained.

Son Ho Jun also talked about working together with Jang Nara, who plays the female lead in “Go Back Spouses.” According to Son Ho Jun, they work together really well, especially because Jang Nara is experienced and responds to him well when they’re acting.

“I was only a little awkward because my first scene with Jang Nara was a kissing scene when we first met,” Son Ho Jun revealed. “I was embarrassed and nervous because I was meeting her for the first time, but it got better as we started shooting. We’ve kept up the good chemistry since.”

The atmosphere at the filming site is excellent as all the cast are kind and get along well, Son Ho Jun said. They talk to each other on the phone often because they’re similar in age. They even hang out on days when there’s no filming.

When asked about what’s special about a variety drama, the actor replied, “The script is really funny. Even as I’m filming, I wait for the next episode because I’m so curious as to how it will turn out. I even contacted the scriptwriter Kwon Hye Joo to ask when the next script comes out. I think’s it’s okay to have high expectations because this drama is really fun.”

As a holiday message to fans, Son Ho Jun said, “Have a lovely Chuseok with your family. ‘Go Back Spouses’ will air after the holidays, so please watch it as it airs.”

KBS 2TV’s “Go Back Spouses” tells the story of an unhappily married couple who goes back in time to their 20-year-old selves. The drama is set to air its first episode on October 13.

Jang Nara
Son Ho Jun
Go Back Spouses
How does this article make you feel?