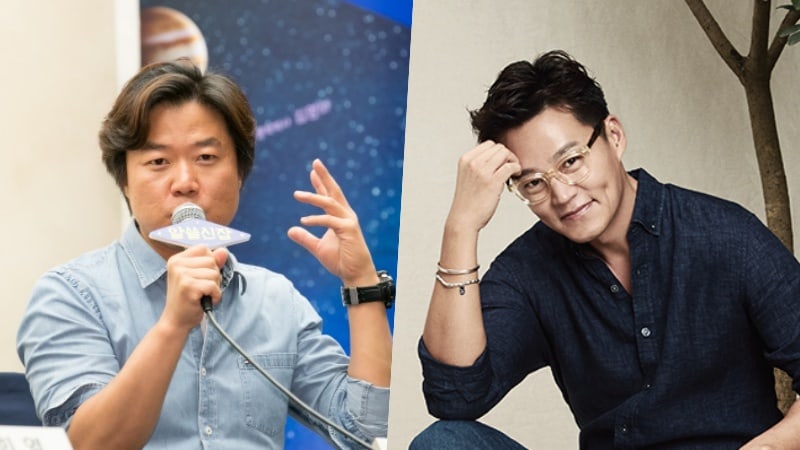 Producing director (PD) Na Young Suk, more commonly known as “Na PD” is often seen as Korea’s hit variety show maker. He has helmed many popular series like “Three Meals a Day,” “New Journey to the West,” and “Youn’s Kitchen” and has earned himself the title “A PD you know you can trust.”

Na Young Suk recently sat down for an interview to talk about his experiences and work principles, and during the conversation, he also opened up about his friendship with actor Lee Seo Jin.

Since his appearance in “Grandpas Over Flowers” in 2013, Lee Seo Jin has worked on a total of seven programs with Na Young Suk, with the most recent being the latest season of “Three Meals a Day.” This would have been impossible if not for the trust these two have for each other.

Na Young Suk explained, “We really trust each other. I usually don’t form personal relationships outside of work with the people who appear on my shows, but I became very close with Lee Seo Jin. He and I both strive to separate work and personal life, and I think our similar principles is what makes me want to keep working with him.”

The PD also shared a story of how he had learned just how thoughtful and considerate Lee Seo Jin can be. He said, “I was once going to invite a guest, but I decided to first ask Lee Seo Jin about it because I felt like they weren’t on the friendliest of terms. I told him that I’d contacted him in case he got caught off guard on set, and he replied, ‘You’re the PD. My job is to just take what you plan and make it a reality. It’s a decision that’s completely up to you, so don’t feel like you need to ask me for permission.'”

Hearing this answer from Lee Seo Jin, Na Young Suk explained that it made him realize just how professional and considerate Lee Seo Jin was, and solidified his desire to keep working with him.

Lee Seo Jin
Na Young Suk
How does this article make you feel?