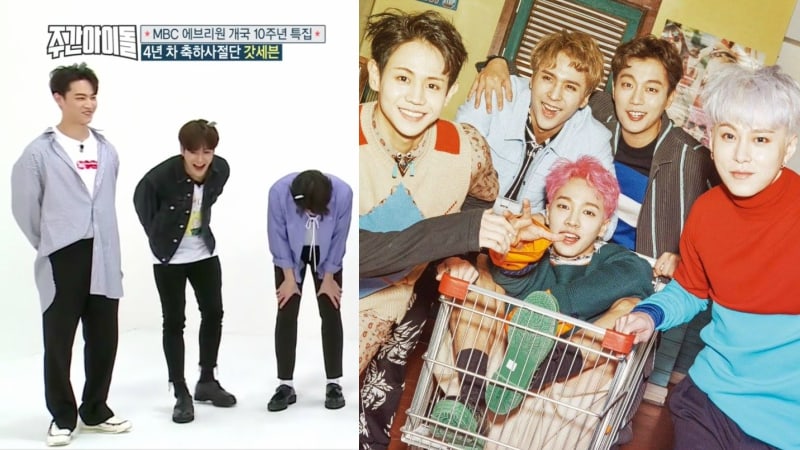 “Weekly Idol” this week was a 10th anniversary special that featured guests Highlight, GOT7, VICTON, and Oh My Girl!

The groups were chosen as representatives because they all “debuted” in different years, with GOT7 having debuted in 2014, Oh My Girl in 2015, VICTON in 2016, and Highlight in 2017. Highlight of course actually debuted in 2009 as BEAST, but changed their name to Highlight this year after leaving Cube Entertainment. Highlight was playfully teased by the “Weekly Idol” hosts in the October 4 episode about their age despite their “rookie” status.

Although the teams all filmed separately, Jung Hyung Don mentioned to GOT7 during their shoot that they’d filmed a segment with Highlight. When he described Highlight as being significantly junior to GOT7, many of the guys cracked up in surprise. 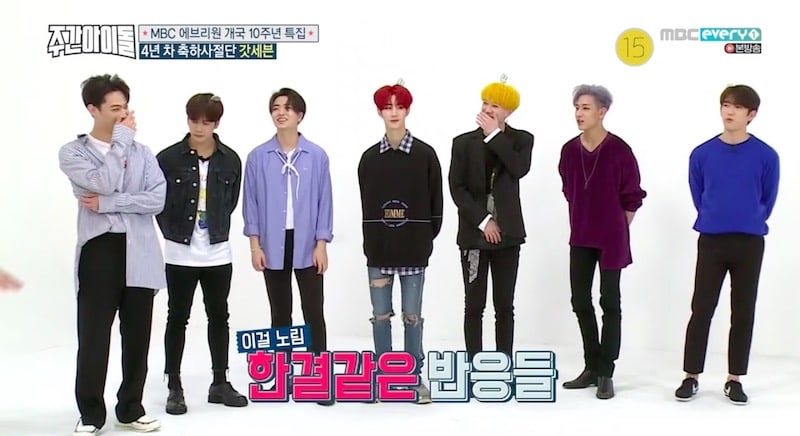 Jackson, however, asked if he should say something to the rookies Highlight as a senior artist, and the hosts encouraged him to do so.

Jackson turned to the camera and coolly addressed his friend Lee Gikwang without the usual honorifics. He said, “Gikwang. It will be okay, as long as you work hard.” 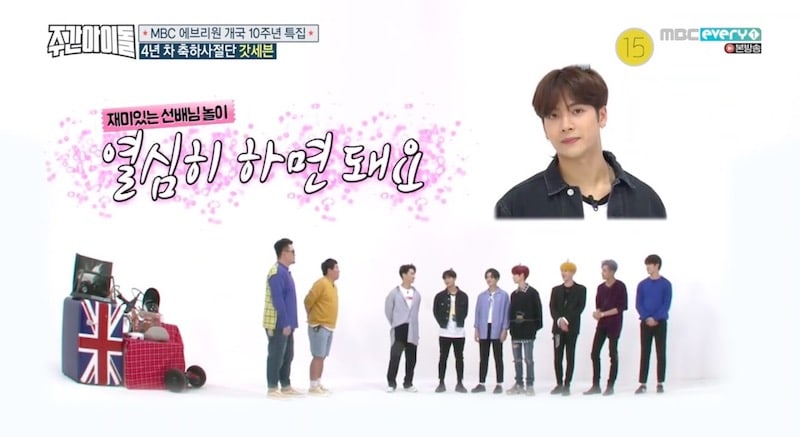 He then hilariously immediately bent over and screamed, as the others laughed. “I’m sorry!” he said, before recovering and adding, “I’ll call you!” 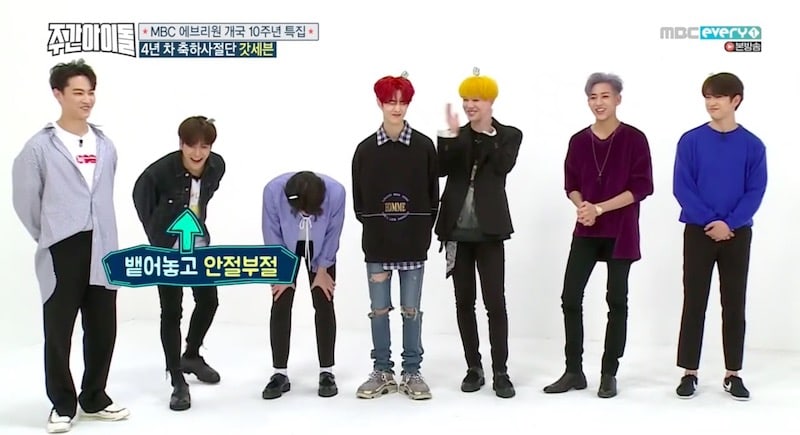 The hosts then asked JB to say something to Yoon Doojoon, since they’re both leaders of their groups. At their encouragement, JB told Yoon Doojoon to just be relaxed, but didn’t include his name. 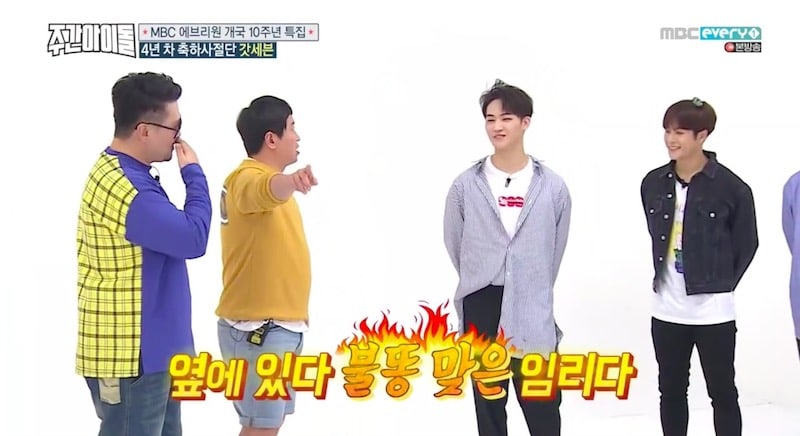 When the hosts pointed out that he’d purposely avoided calling him by his name, JB added, “Doojoon, keep it up!” before laughing and bowing in apology.

GOT7’s section of “Weekly Idol” will continue in next week’s episode, including the guys dancing to their new track “You Are.” Their new mini album “7 For 7” is due out on October 10, while Highlight is also preparing for a comeback on October 16.

GOT7
Jackson
Weekly Idol
Highlight
How does this article make you feel?