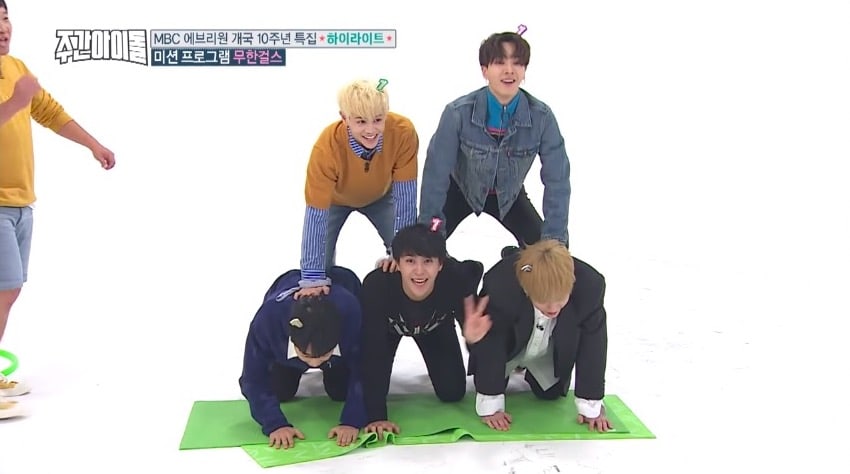 On the October 4 episode of MBC every1’s “Weekly Idol,” in honor of the show’s 10th year anniversary, Highlight, VICTON, Oh My Girl, and GOT7 made an appearance on the show.

During the Highlight segment, their game was the “Infinite Girls 100 Seconds Relay,” where the members had to complete various physical tasks. After seeing the prize, the members became energized and motivated to do well.

Watch a clip of the game here!

The group was able to finish the game in only 43 seconds due to their close-knit teamwork, surprising the MCs. Jung Hyung Don commented, “The energy of a one-year-old idol group is scary.”

For prizes, the members asked for various items. Yoon Doojoon and Yang Yoseob asked for a refrigerator, Son Dongwoon an action figure, Lee Gikwang a robotic vacuum cleaner, and Yong Junhyung a hoverboard.

Eventually, Yang Yoseob won the final game of rock paper scissors and won his refrigerator, making all the other members jealous.