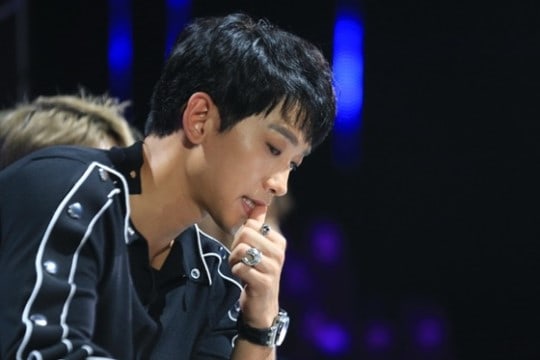 Singer Rain is set to be a mentor on KBS 2TV’s idol rebooting program “The Unit,” and he is giving his all for the responsibilities that have been placed on his shoulders.

“The Unit” team opened up about their first open recording sessions that were held from September 29 to October 1.

They revealed that through the open recording sessions and the training process, Rain has proven just how much he cares about his juniors. Despite the fact that filming took place over 15 hours each day, Rain stayed focused as he watched each contestant’s performance. Even during breaks, he is said to have kept looking over contestant profiles to make sure that he didn’t miss a single detail.

It has also been revealed that Rain would cut back on his sleep so that he could rewatch recordings of the contestants’ performances. The team of “The Unit” stated, “Rain is doing his best so he doesn’t miss a single ounce of potential or hidden talent that people may have. Rain put his all into the three days of filming because he knows how much his juniors want this.”

Viewers will be able to follow the journey that Rain takes with his juniors on “The Unit” from October 28.